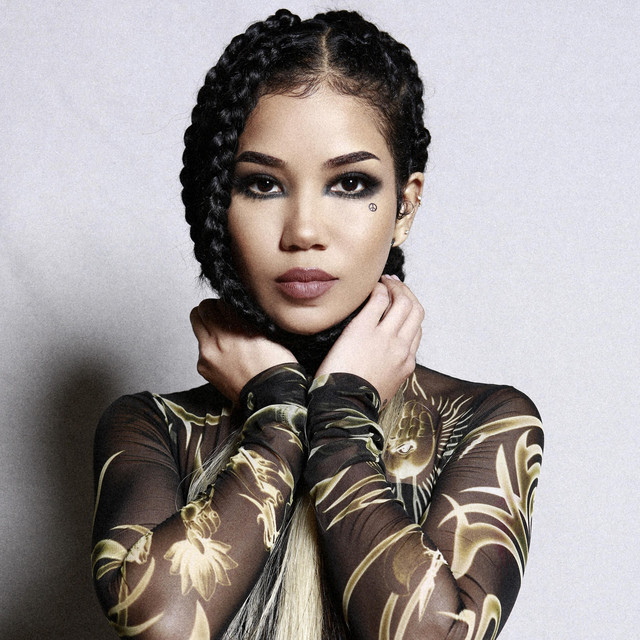 Jhené Aiko Efuru Chilombo (; born March 16, 1988) is an American singer who embarked on her music career contributing vocals and appearing in several music videos for R&B group B2K. At the time, she was known as B2K member Lil' Fizz's "cousin", though she is not actually related to him. It was used as a marketing tool, suggested by Sony and Epic Records to promote Aiko through the group and cultivate her own following. In 2003, Aiko was set to release her debut album, My Name Is Jhené, through her labels Sony, The Ultimate Group and Epic; however, the album was never released, with Aiko eventually asking to be released from the label in order to continue her education.In March 2011, Aiko made her return to music with the release of her first full-length project, a mixtape titled Sailing Soul(s). On December 16, 2011, Aiko signed a recording contract with American record producer No I.D.'s record label ARTium, under the aegis of Def Jam Recordings. In 2013, Aiko appeared on Big Sean's single "Beware" alongside Lil Wayne, which became her first top 40 single on the US Billboard Hot 100 chart. In November 2013, she released her first project for Artium and Def Jam, an extended play (EP), titled Sail Out. The EP was supported by the singles "3:16AM", "Bed Peace" (featuring Childish Gambino) and "The Worst", the latter of which went on to become certified platinum by the Recording Industry Association of America (RIAA).

The single pays homage to Lil Flip's 2004 hit "Sunshine." The video includes an appearance by Flip as well as a message from Pop Smoke's mother and brother.

"It’s okay to express yourself, but be responsible and think about what you’re putting out there into the world," Jhené Aiko tells Billboard.

August 08 shares his newest song and video for "Water Sign" with Jhené Aiko, which appears on his latest EP, 'Towards the Moon,' the second half of his debut.

Big Sean and Jhené Aiko are expecting their first child together, as TMZ captured photos of Aiko showing off her baby bump while in Beverly Hills with Sean.

Representing your culture is one beautiful thing and Jhene Aiko, Yeek and Michelle Zauner of Japanese Breakfast have been able to do so through and through. In honor of AAPI Heritage Month, Billboard and Nissan are taking a look at the ways in which some of our favorite AAPI music creators have shed light on […]

Aiko received the honor as "Mental Health Is Health Month" began in L.A., saying, "Life can get tough, but no one should have to go through any of it alone."

The rapper's performance on the Sahara stage also saw him bring out YG The post Watch Big Sean bring out Jhené Aiko during career-spanning Coachella 2022 set appeared first on NME.

Jhené Aiko Delivers a Soft Rendition of ‘America, The Beautiful’ at 2022 Super Bowl

The L.A. native was accompanied by a harpist for her pregame performance.

Turns out the lovebirds really are all that.

“What are you?” is a phrase that gets tossed around a lot when you’re of mixed descent. There are times when those three words can be coated in venom, as if someone is placing the weight of suspicion on your entire family tree. Other times, though, that question comes from a place of pure—albeit clumsy—curiosity. […]

The song, which originally featured James Fauntleroy, was first shared to SoundCloud in 2012

On breaking free of other people’s expectations, finding inspiration in family, and the future of pop music

Nicki Minaj calls on Kehlani, Jhené Aiko and more to work with her on new music

Summer Walker has already expressed an interest in collaborating The post Nicki Minaj calls on Kehlani, Jhené Aiko and more to work with her on new music appeared first on NME.

It's taken from the soundtrack of Marvel's 'Shang-Chi And The Legend Of The Ten Rings' The post Listen to Swae Lee and Jhené Aiko team up on glistening new track ‘In The Dark’ appeared first on NME.

Swae Lee and Jhené Aiko Team Up For ‘In the Dark’

Justin Bieber says he wants to collaborate with SZA, H.E.R. and Jhené Aiko

Having collaborated with several guest rappers on the deluxe edition of 'Justice' The post Justin Bieber says he wants to collaborate with SZA, H.E.R. and Jhené Aiko appeared first on NME.

It Is What It Is beat out albums by Robert Glasper, Jhené Aiko, Chloe x Halle, and more

Back to the Streets (feat. Jhené Aiko)

Vote (as featured on ABC’s black-ish)

None Of Your Concern