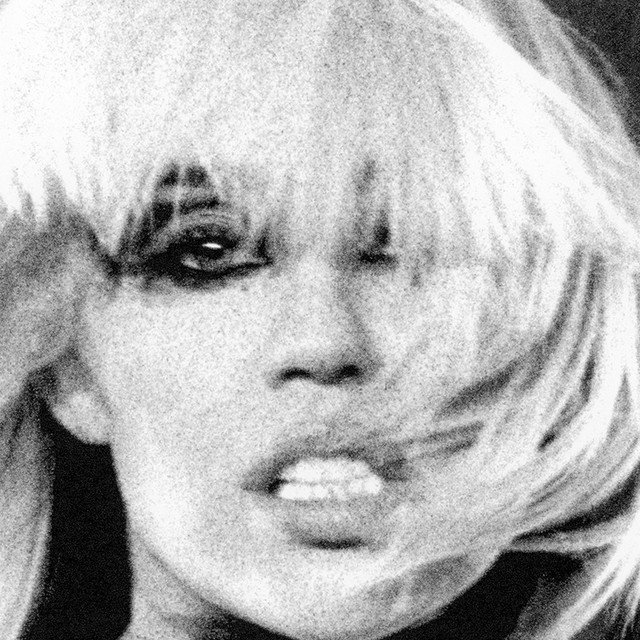 Miley Ray Cyrus ( MY-lee-SYE-rəs; born Destiny Hope Cyrus, November 23, 1992) is an American singer, songwriter, and actress. Known for her distinctive raspy voice, her music incorporates elements of varied styles and genres, including pop, country pop, hip hop, experimental, and rock. She has attained the most US Billboard 200 top-five albums in the 21st century by a female artist, with a total of thirteen entries.

Cyrus, a daughter of country music singer Billy Ray Cyrus, emerged as a teen idol while portraying the title character of the Disney Channel television series Hannah Montana (2006–2011). As Hannah Montana, she attained two number-one and three top-five soundtracks on the US Billboard 200, including the US Billboard Hot 100 top-ten single "He Could Be the One". Cyrus's own discography includes the US number-one albums Meet Miley Cyrus (2007), Breakout (2008), and Bangerz (2013); the top-five releases Can't Be Tamed (2010), Younger Now (2017), Plastic Hearts (2020), and the free album Miley Cyrus & Her Dead Petz (2015). Cyrus's EPs The Time of Our Lives (2009) and She Is Coming (2019) also debuted in the top-five. Plastic Hearts became Cyrus's most acclaimed record, and her first entry on the Billboard Rock Chart, debuting atop the chart. It included the lead single "Midnight Sky". Her other singles include the US top ten-charting "See You Again", "7 Things", "The Climb", "Party in the U.S.A.", "Can't Be Tamed", "We Can't Stop", "Malibu", "Without You"; and the chart-topping "Wrecking Ball". In 2020, the Recording Industry Association of America (RIAA) awarded Diamond certification to "Party in the U.S.A.", recognizing sales of ten million for the single.Cyrus's career accolades include making the Time 100 list in 2008 and also in 2014, being named MTV's Best Artist of 2013 Award, and appearing on Billboard's Greatest of All Time Artists Chart in 2019. She is regarded as one of the few examples of successful child actors-turned-singers. As an actress, Cyrus has made appearances in the animated film Bolt (2008) and the feature films Hannah Montana: The Movie (2009) and The Last Song (2010). On television Cyrus served as a coach on the singing competition series The Voice for two seasons, and starred in the episode "Rachel, Jack and Ashley Too" from the Netflix series Black Mirror (2019). She founded the non-profit Happy Hippie Foundation in late 2014 focusing on youth homelessness and the LGBT community.

From Harry Styles to Miley Cyrus and beyond, an impressive assortment of artists has taken on the band’s songs.

"There is something about him that’s very classic and his professionalism is off the charts, but there’s also a danger there," Cyrus says of Davidson.

"[Miley Cyrus] used to wear outfits on Hannah Montana that I would try to recreate," Bieber shared.

The September 27 show at Kia Forum will also feature Joshua Homme of Queens of the Stone Age, Mark Ronson, Joan Jett, and others

Miley Cyrus knows how to take a joke and shared her reaction to Selena Gomez’s spot-on impression of her on ‘Saturday Night Live.’

Miley Cyrus Recalls the ‘Really Scary’ Time Her Plane Got Struck by Lightning: ‘I Was in My Mom’s Lap’

The singer also shed light on the non-traditional way in which he stays in touch with godmother Dolly Parton.

The singer and actress also joked about her dating life during her first-ever 'SNL' hosting gig.

Grande and Cyrus were among 160 young artists and influencers who signed the letter as part of Planned Parenthood’s #BansOffOurBodies campaign.

"We will not go back. And we will not back down," reads a full-page New York Times ad

Nathy Peluso spoke with Billboard News about performing at Coachella and what she’s bringing to the stage, her dream to work with Miley Cyrus, new music and more.

Kurt Vile Wants Miley Cyrus to Cover His Songs, and Four Other Things We Learned From the Indie-Rock Hero

On Rolling Stone Music Now, Vile tells us about getting high at a Bob Dylan concert, how GZA inspired his new album Watch My Moves, covering Bruce Springsteen, and more

Miley Cyrus and Cody Simpson‘s relationship was a short but sweet one. The “Midnight Sky” singer had confirmed the news of their split in August 2020, and now, Simpson is giving his side of the story, sharing that it was amicable and mutual.

Cody Simpson Reveals the Reason for His & Miley Cyrus’ Breakup

The singer said he and Cyrus have "no hard feelings" after their split.

After helping a fan propose to his boyfriend during her Lollapalooza Brazil set, Miley Cyrus got candid with the newly engaged couple about her own marriage.

Miley Cyrus tests positive for COVID-19, but says “it was definitely worth it”

The singer released her first live album, ‘Attention: Miley Live’, yesterday The post Miley Cyrus tests positive for COVID-19, but says “it was definitely worth it” appeared first on NME.

Miley Cyrus Says She Has COVID-19, ‘But It Was Definitely Worth It’

"Traveling around the world, playin for 100,000 people a night & meeting hundreds of fans a day, the chances of getting Covid are pretty high."

The pop star had some jaded words of wisdom for a pair of Brazilian fans who got engaged during her concert.

WITHOUT YOU (with Miley Cyrus)

Nothing Breaks Like a Heart (Dimitri from Paris Remix)

The Time Of Our Lives