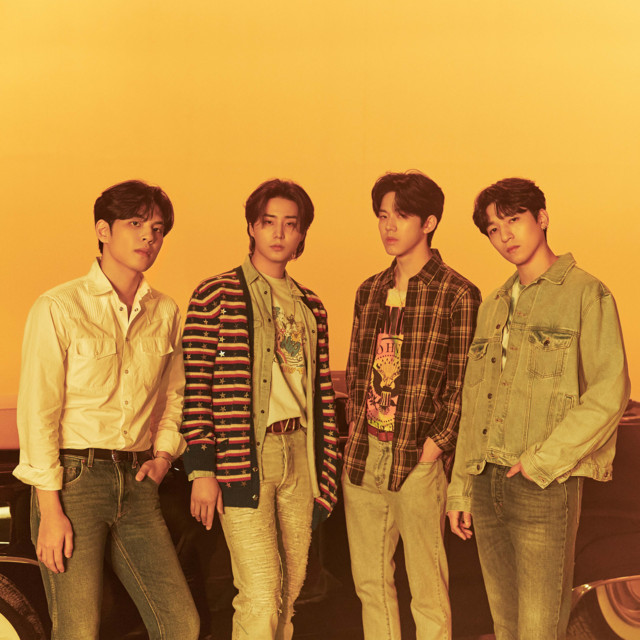 Day6 (Korean: 데이식스; RR: De-i-sik-seu; stylized in all caps) is a South Korean pop rock band under the label JYP Entertainment. The group debuted on September 7, 2015, with the EP The Day, which peaked at No.2 on Billboard's World Album Chart a week following its release. The band consists of four members: Sungjin, Young K, Wonpil and Dowoon. Originally a six-piece band, Junhyeok departed in February 2016 and Jae departed on December 31, 2021. All of the Day6 members are heavily involved in writing, composing and producing the band's music.

In 2017, the band released two songs every month of the year for their Every Day6 project. By the end of the project, 25 songs were added to their discography, with genres ranging from hard rock and upbeat sing-a-longs to mellow ballads. Their first full-length album, Sunrise, consisted of songs released in the first half of the Every Day6 project. It was number 14 on Billboard's The 25 Greatest K-Pop Albums of the 2010s: Staff List, and the project kick-off song "I Wait" was placed No.81 on Billboard's The 100 Greatest K-Pop Songs of the 2010s: Staff List.

The Book of Us : Negentropy - Chaos swallowed up in love

The Book of Us : The Demon

The Book of Us : Entropy

The Book of Us : Gravity