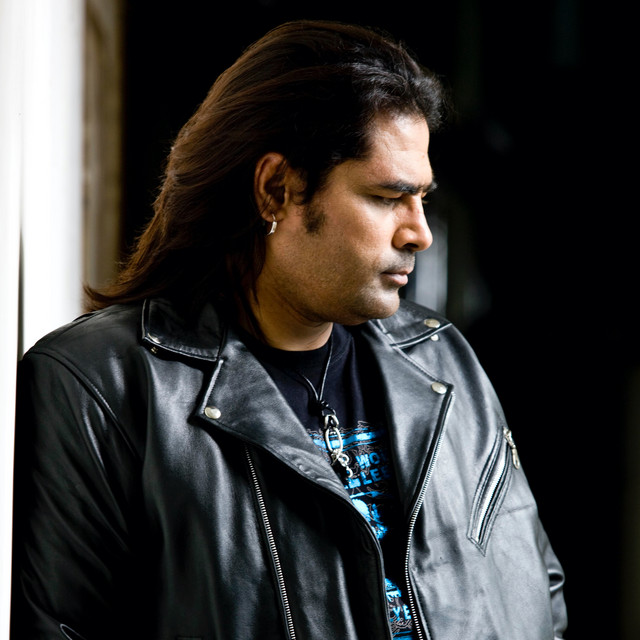 Shafqat Amanat Ali Khan (Urdu: شفقت امانت علی خان; pronounced [ˈʃəfkət əˈmaːnət əˈliː xaːn]; born 26 February 1965) is a Pakistani pop and classical singer, songwriter, and composer belonging to the Patiala Gharana tradition of music. He was the lead vocalist of the Pakistani pop rock band Fuzön until 2006 and is a prominent playback singer in the Indian film industry. The youngest son of noted classical vocalist Ustad Amanat Ali Khan, Ali started his musical training at the age of four under the tutelage of his uncle, Ustad Bade Fateh Ali Khan, who was widely regarded as the foremost exponent of Hindustani classical music in Pakistan.Ali rose to prominence in both India and Pakistan with the lead single, Aankhon Ke Saagar, and the song Khamaj (also known as Mora Saiyaan) from Fuzön's debut album, Saagar (2002). In 2006, Ali went on to achieve breakthrough success in Bollywood with two songs – Mitwa (from the film Kabhi Alvida Naa Kehna) and Yeh Honsla (from the film Dor). Both songs earned Ali significant commercial success and critical acclaim, and helped him quickly establish himself as a playback singer in the Indian film industry. Since his Bollywood debut with Mitwa, Ali has sung prolifically for Bollywood movie soundtracks, with Bin Tere (I Hate Luv Storys), Kyun Main Jaagoon (Patiala House), Dildaara (Ra.One), Phir Le Aaya Dil (Barfi!), Tu Hi Mera (Jannat 2), and Darmiyaan (Jodi Breakers) being some of his most popular Hindi movie songs.

Ali is well known for his numerous live performances in Coke Studio Pakistan where he has collaborated with Rohail Hyatt and Strings (among others) and has performed original music composed for Coke Studio as well as modified renditions of his own songs. His three solo albums – Tabeer (2008), Kyun Dooriyan (2010), and Muh Dikhai (2015) – were well received in both India and Pakistan. Ali is particularly noted for his Sufi style of singing, and several of his songs feature mystical themes and references to Sufi philosophies. In 2015–16, he served as a judge and coach on Zee TV's Asia's Singing Superstar along with Shankar Mahadevan.

Ali was awarded the highest national literary award of Pakistan, the Presidential Pride of Performance, on 23 March 2008 for his contributions to the arts, making him the sixth person in his family to receive the honour. In July 2020, he was included on the New York Press News Agency's list of the 100 Most Influential People in Asia/UK/EU. According to data released by Spotify in February 2022, Ali is among the most streamed Pakistani artistes in the world.