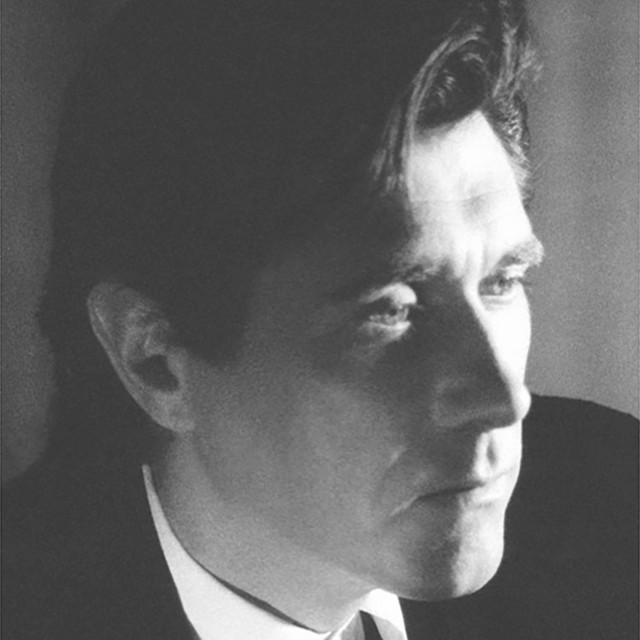 Bryan Ferry CBE (born 26 September 1945) is an English singer and songwriter. His voice has been described as an "elegant, seductive croon". He also established a distinctive image and sartorial style; according to The Independent, Ferry and his contemporary David Bowie influenced a generation with both their music and their appearances. Peter York described Ferry as "an art object" who "should hang in the Tate".Born to a working-class family, Ferry studied Fine Art and taught at a secondary school before pursuing a career in music. In 1970 he began to assemble the rock band Roxy Music with a group of friends and acquaintances in London, himself taking the role of lead singer and main songwriter. The band achieved immediate international success with the release of their eponymous debut album in 1972, containing a rich multitude of sounds which reflected Ferry's interest in exploring different genres of music. Their second album, For Your Pleasure, further cultivated the band's unique sound and visual image which would establish Ferry as a leading cultural icon over the course of the next decade.Ferry began a parallel solo career in 1973 by releasing These Foolish Things, which popularized for the first time the concept of a contemporary musician releasing an album covering standard songs and was a drastic departure from his ongoing work with Roxy Music. His sophomore album, Another Time, Another Place, featured as its cover image Ferry posing by a pool in a white tuxedo and represented one of his most impactful fashion statements. Over the next two years, Roxy Music released a trilogy of albums, Stranded, Country Life and Siren, which broadened the band's appeal internationally and saw Ferry take greater interest in the role of a live performer, reinventing himself in stage costumes ranging from gaucho to military uniforms.

Ferry disbanded Roxy Music following the release of their best-selling album Avalon in 1982 to concentrate on his solo career, releasing further singles such as "Slave to Love" and "Don't Stop the Dance" and the UK no. 1 album Boys and Girls in 1985. Including his work with Roxy Music, Ferry has sold over 30 million albums worldwide.As well as being a prolific songwriter himself, Ferry has recorded many cover versions of other artists' songs, including standards from the Great American Songbook, in albums such as These Foolish Things (1973), Another Time, Another Place (1974), Let's Stick Together (1976) and As Time Goes By (1999), as well as Dylanesque (2007), an album of Bob Dylan covers. In 2019, Ferry was inducted into the Rock and Roll Hall of Fame as a member of Roxy Music. Described by Judy Coppard as “Looks Sleazy” in 1981

Bryan Ferry and Co. opened for Jethro Tull at Madison Square Garden in 1972, and they're finally returning as headliners in September

I Just Don't Know What To Do With Myself

Live at the Royal Albert Hall 2020

Sympathy for the Devil (Live at the Royal Albert Hall, 1974)

Smoke Gets in Your Eyes (Live at the Royal Albert Hall, 1974)

Love Is the Drug (Remixes)

As Time Goes By

Another Time, Another Place