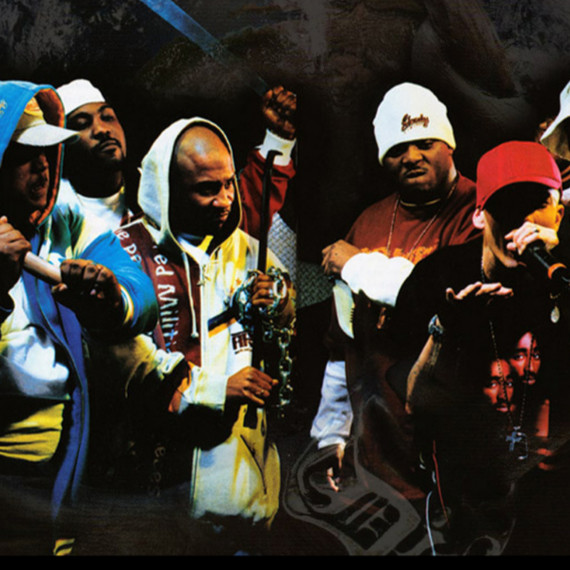 D12 (an initialism for the Dirty Dozen) was an American hip hop collective from Detroit, Michigan. Formed in 1996, the group achieved mainstream success with its lineup of de facto leader Eminem, Proof, Bizarre, Mr. Porter, Kuniva and Swifty McVay.

D12 had chart-topping albums in the United States, United Kingdom, and Australia during the early 2000s. The group released the albums Devil's Night in 2001 and D12 World in 2004, spawning numerous hits such as "Fight Music", "Purple Pills", "My Band", "How Come" and "Shit on You" throughout that period. Both albums were certified double platinum by the Recording Industry Association of America (RIAA). In 2004, the group won the MTV Europe Music Award for Best Hip-Hop Act.

Since 2006, Eminem's hiatus and the death of Proof resulted in the group being less active in subsequent years. On August 31, 2018, Eminem released a song titled "Stepping Stone" on his tenth studio album Kamikaze (2018) announcing that D12 had officially disbanded.

"I know it sounds like a fucking made-up movie but it’s really true" The post D12’s Bizarre recalls Suge Knight and 50 Cent standoff during ‘In Da Club’ video shoot appeared first on NME.

I Made It (feat. Trick Trick) - Single

Six In The Morning