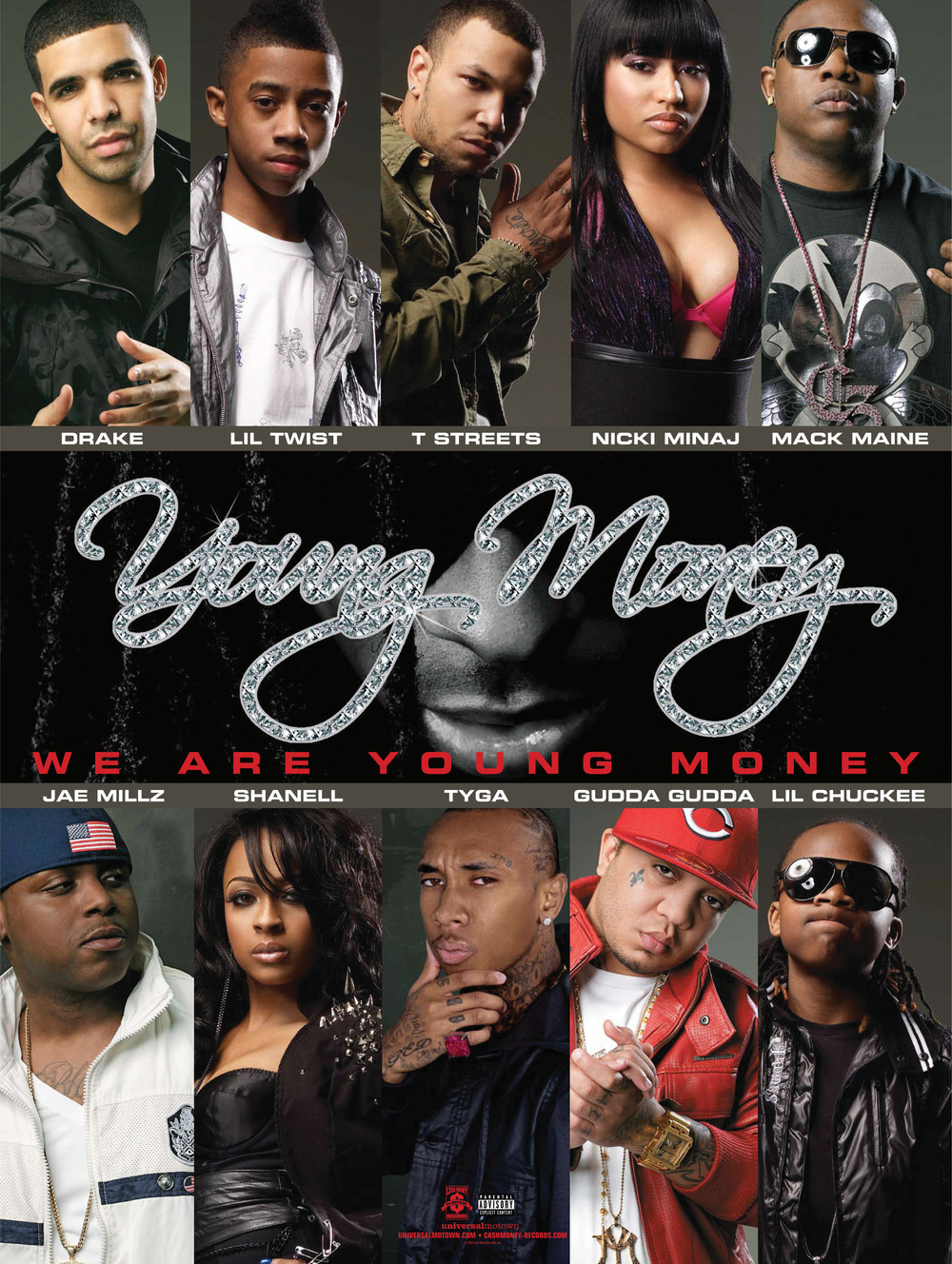 The label has released fourteen US albums that reached number one on the Billboard 200 chart: Tha Carter III, I Am Not a Human Being, Tha Carter IV and Tha Carter V by Lil Wayne, Thank Me Later, Take Care, Nothing Was the Same, If You're Reading This It's Too Late, What a Time to Be Alive (along with Epic Records artist Future), Views, More Life and Scorpion by Drake, and Pink Friday and Pink Friday: Roman Reloaded by Nicki Minaj.

Current artists include Lil Wayne, Nicki Minaj, Mack Maine, Lil Twist, and Cory Gunz, among others. The label has released three compilation albums — We Are Young Money (2009), Rich Gang (2013; with Cash Money Records), and Young Money: Rise of an Empire (2014).

Lil Wayne is Ready for Action in New ‘Cameras’ Video

Rise Of An Empire

Rise Of An Empire (Deluxe Edition)

We Are Young Money