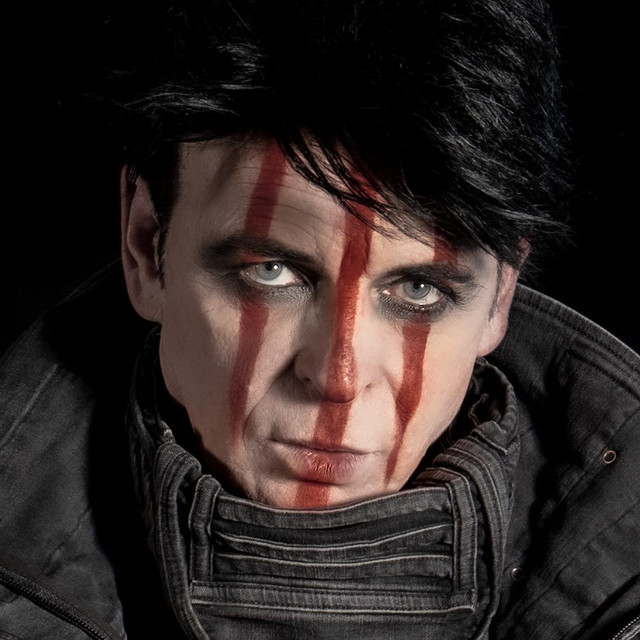 Gary Anthony James Webb (born 8 March 1958), known professionally as Gary Numan, is an English musician. He entered the music industry as frontman of the new wave band Tubeway Army. After releasing two albums with the band, he released his debut solo album The Pleasure Principle in 1979, topping the UK Albums Chart. While his commercial popularity peaked in the late 1970s and early 1980s with hits including "Are 'Friends' Electric?" and "Cars" (both of which reached number one on the UK Singles Chart), Numan maintains a cult following. He has sold over 10 million records.

Numan faced intense hostility from critics and fellow musicians in his early career, but has since come to be regarded as a pioneer of electronic music. He developed a signature sound consisting of heavy synthesiser hooks fed through guitar effects pedals, and is also known for his distinctive voice and androgynous "android" persona. In 2017, he received an Ivor Novello Award, the Inspiration Award, from the British Academy of Songwriters, Composers, and Authors.

"So excited to get back on the stage" The post Check out Gary Numan’s UK ‘Intruder’ tour dates for 2022 appeared first on NME.

Gary Numan on meeting Mark E. Smith: “He scared the shit out of me!”

"He got offended because I wasn’t enthusing about his compliments" The post Gary Numan on meeting Mark E. Smith: “He scared the shit out of me!” appeared first on NME.

It's the latest from his upcoming album, 'Intruder' The post Listen to Gary Numan’s emotive new single ‘Saints And Liars’ appeared first on NME.

Gary Numan says he was paid £37 from a million streams

When the Sky Came Down (Live at The Bridgewater Hall, Manchester)

Pray for the Pain You Serve (Live at The Bridgewater Hall, Manchester)

My Name Is Ruin (Live at Brixton Academy)

It Will End Here (Edit)

Savage (Songs from a Broken World)

When the World Comes Apart

And It All Began with You

My Name Is Ruin

Here in the Black – Live at Hollywood Forever Cemetery

Splinter (Songs from a Broken Mind)

In a Dark Place

We Take Mystery (To Bed)

I Die: You Die

The Pleasure Principle - The First Recordings

Down in the Park