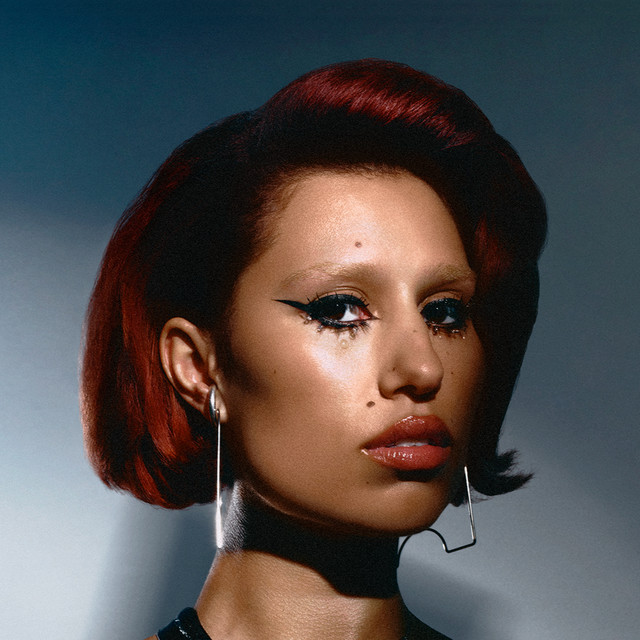 Rachel Agatha Keen, known professionally as Raye, is an English singer and songwriter. In 2016, she had her breakthrough by featuring on the singles; "By Your Side" by Jonas Blue and "You Don't Know Me" by Jax Jones, the latter peaking at number three on the UK Singles Chart and both being certified platinum or higher by the BPI. Raye was short-listed for the BBC Music Sound of... award for 2017 and was named in third place. Her debut mini-album, Euphoric Sad Songs was released in November 2020 and spawned in the UK top-10 single "Secrets" with Regard. In 2021, she was co-lead artist on the single "Bed" with musicians Joel Corry and David Guetta. In July 2021, Raye parted ways with her record label Polydor Records.

10 Cool New Pop Songs to Get You Through The Week: jxdn, RAYE, Rina Sawayama & More

Pop any of these new tracks into your regular rotation, or listen to all of them in our custom playlist.

RAYE Signs With Human Re Sources After Polydor Spat: ‘I Will Finally Be Making Some Money’

The U.K.-based artist and songwriter will release her debut album on the J. Erving imprint after a trying experience at her former label.

"Major labels are realising that you can’t blackmail the system any more" The post RAYE: “I’m worried for future songwriters – things need to change” appeared first on NME.

"We knew within five minutes we were gonna make a summer sunshine banger and that’s exactly what we ended up with" The post Listen to Disclosure and RAYE’s rousing new garage single ‘Waterfall’ appeared first on NME.

RAYE reflects on leaving Polydor in new interview: “I’d put my neck on the line”

"I was ready to just give up and not be an artist any more" The post RAYE reflects on leaving Polydor in new interview: “I’d put my neck on the line” appeared first on NME.

The singer will head around the country later this year The post RAYE announces ‘The Euphoric Sad Show’ UK and Irish headline tour appeared first on NME.

"It sounds like a cliche, but hold your form" The post Laura Mvula tells RAYE to “keep your head up” after album dispute with label appeared first on NME.

"Today, I am speaking to you as an independent artist" The post RAYE and Polydor “part ways” after she claimed label wouldn’t release her debut album appeared first on NME.

The response comes after RAYE claimed her label Polydor hasn't "allowed" her to release her debut album The post Shura on RAYE’s label drama: “Indie labels are just as capable of sucking big time” appeared first on NME.

"I’m done being a polite pop star. I want to make my album now, please that is all I want." The post RAYE says she hasn’t “been allowed” to release her debut album appeared first on NME.

RAYE shares new track ‘Call On Me’, written for her sister

The track comes ahead of the singer's long-awaited debut album The post RAYE shares new track ‘Call On Me’, written for her sister appeared first on NME.

The London artist tells us of her hopes to drop a record this year The post RAYE says she wants to mix genres on her long-awaited debut studio album appeared first on NME.

I Don't Want You (Acoustic)

I Don't Want You

Call On Me (KREAM Remix)

Call On Me (The Wildcardz Acoustic)

Call On Me (Ferreck Dawn Remix)

Call On Me (VAVO Remix)

Love Of Your Life

All Of My Love

You Don't Know Me (Piano Version)

You Don't Know Me (Acoustic Version)

You Don't Know Me

I, U, Us (AlunaGeorge Remix)