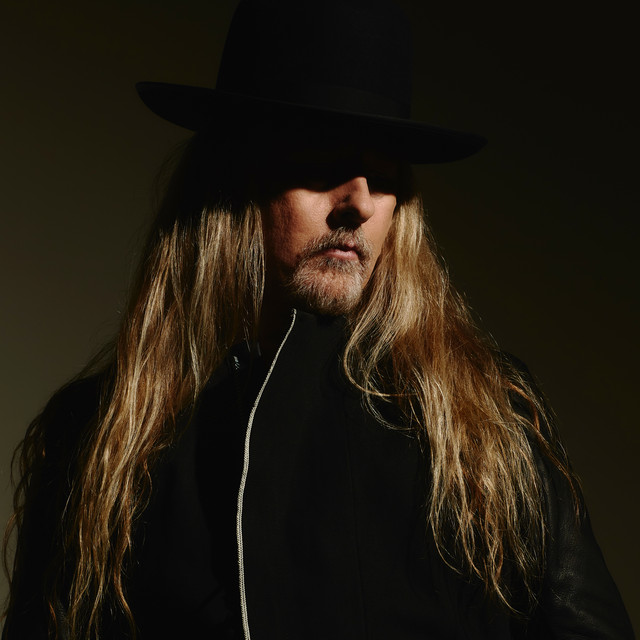 Jerry Fulton Cantrell Jr. (born March 18, 1966) is an American guitarist, singer and songwriter. He is best known as the founder, lead guitarist, co-lead vocalist, and main songwriter of rock band Alice in Chains. The band rose to international fame in the early 1990s during Seattle's grunge movement, and is known for its distinctive vocal style and the harmonized vocals between Cantrell and Layne Staley (and later Cantrell and William DuVall). Cantrell started to sing lead vocals on Alice in Chains' 1992 EP Sap. After Staley's death in 2002, Cantrell took the role of Alice in Chains' lead singer on most of the songs from the band's post-Staley albums, Black Gives Way to Blue (2009), The Devil Put Dinosaurs Here (2013) and Rainier Fog (2018), with DuVall harmonizing with him in the new songs and singing Staley's vocals in the old songs in live concerts.He also has a solo career and released the albums Boggy Depot in 1998 and Degradation Trip Volumes 1 & 2 in 2002. His third solo album, Brighten, was released on October 29, 2021. Cantrell has also collaborated and performed with Heart, Ozzy Osbourne, Metallica, Pantera, Circus of Power, Metal Church, Gov't Mule, Damageplan, Pearl Jam, The Cult, Stone Temple Pilots, Danzig, Glenn Hughes, Duff McKagan and Deftones, among others.

Cantrell was named "Riff Lord" by British hard rock/metal magazine Metal Hammer in 2006. Guitar World Magazine ranked Cantrell as the 38th out of "100 Greatest Heavy Metal Guitarists of All Time" in 2004, and the 37th "Greatest Guitar Player of All Time" in 2012. Guitar World also ranked Cantrell's solo in "Man in the Box" at No. 77 on its list of "100 Greatest Guitar Solos" in 2008. Cantrell has earned nine Grammy Award nominations as a member of Alice in Chains.He also contributed to the soundtrack of The Cable Guy (1996), John Wick: Chapter 2 (2017) and Dark Nights: Metal (2018), and has made cameos in films such as Jerry Maguire (1996), Rock Slyde (2009) and Deadwood: The Movie. Cantrell also acted in the Alice in Chains mockumentaries The Nona Tapes (1995) and AIC 23 (2013).

Jerry Cantrell enlisted an all-star team of musicians to round out his Brighten band, including Guns N’ Roses’ Duff McKagan and Greg Puciato of Dillinger Escape Plan.