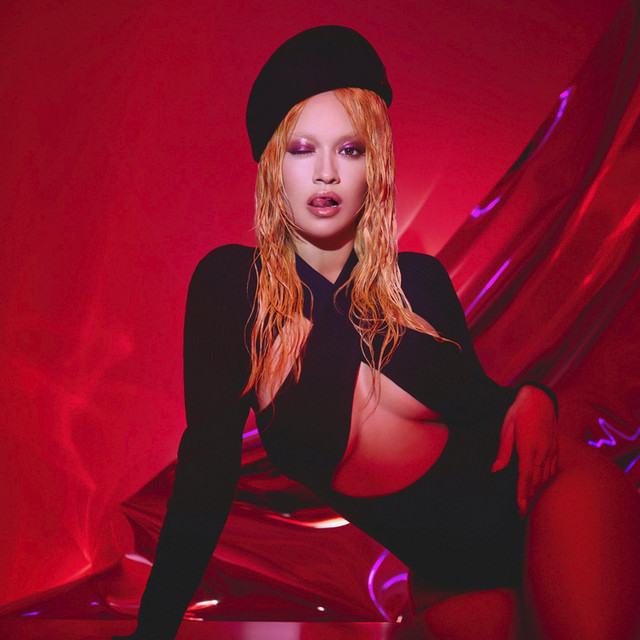 Rita Sahatçiu Ora (born Rita Sahatçiu; 26 November 1990) is a British singer and songwriter. She rose to prominence in February 2012 when she featured on DJ Fresh's single, "Hot Right Now", which reached number one in the UK. Her debut studio album, Ora, released in August 2012, debuted at number one in the United Kingdom. The album contained the UK number-one singles, "R.I.P." and "How We Do (Party)". Ora was the artist with the most number-one singles on the UK Singles Chart in 2012, with three singles reaching the top position.Born in Pristina, modern-day Kosovo, Ora was named an Honorary Ambassador of Kosovo in 2015. Ora's second studio album, Phoenix, was released in November 2018. The lead single, "Your Song", reached the UK top ten, and the subsequent singles, "Anywhere" and "Let You Love Me", reached the top five in the UK. "Let You Love Me" made Ora the first British female solo artist to have thirteen top ten songs in the United Kingdom.

"I wanted to capture the vulnerability I’ve experienced as I opened myself up to love," Ora said, teasing a new era of music

Rita Ora confirmed she and Taika Waititi are married and celebrated their nuptials with her new song and music video for "You Only Love Me."

Social media went wild back in 2021 when photos surfaced of Rita Ora and now-husband Taika Waititi cozying up with 'Thor' actor Tessa Thompson.

One year after romance rumors were sparked between Taika Waiti and Rita Ora, the pair have reportedly gotten married according to anonymous sources.

Many friends have turned to social media to remember a music trailblazer who gave an assist to countless artists, Dua Lipa and Rita Ora among them.

The news comes just days after Ora signed a record deal with BMG.

The pop star will own all of her future master recordings under the new partnership.

Normani and Taraji P. Henson Get Sprayed For Not Slaying on ‘That’s My Jam’: Watch

PETA has described the process as "painful mutilation" for the animals The post Rita Ora faces backlash over use of dog with cropped ears in music video appeared first on NME.

From the U.S. to Kazakhstan, Rita Ora, David Guetta, Imanbek and Gunna team up on the Global Excl. U.S. chart with the debut of "Big."

These 10 tracks from artists like Rita Ora, Peach Tree Rascals, Birdy and more will get you energized to take on the week.

Members of the opposing party have said Ora has been let in over 40,000 "stranded" Australians The post Australian Government criticised for allowing Rita Ora into country despite border closures appeared first on NME | Music, Film, TV, Gaming & Pop Culture News.

You Only Love Me

You for Me (Fedde Le Grand Remix)

You for Me (Extended)

You for Me (Sigala Re-Edit)

You for Me (Acoustic)

How To Be Lonely (The Remixes)

How To Be Lonely (Bomba Estéreo Remix)

How To Be Lonely (aboutagirl Remix)

How To Be Lonely (Sam Feldt Remix)

How To Be Lonely (LARI LUKE Remix)

How To Be Lonely (MÖWE Remix)

How To Be Lonely (Live From London)

How To Be Lonely

Only Want You (Feder Remix)

Carry On (from the Original Motion Picture "POKÉMON Detective Pikachu")

Only Want You (Martin Jensen Remix)

Only Want You (Sam Feldt Remix)

Only Want You (feat. 6LACK)

Let You Love Me (Acoustic)

Let You Love Me (Möwe Remix)

Let You Love Me

Body On Me ft. Chris Brown (The Remixes)

Body On Me ft. Chris Brown

I Will Never Let You Down (Switch Remix)

I Will Never Let You Down (Remixes)

I Will Never Let You Down

How We Do (Party)