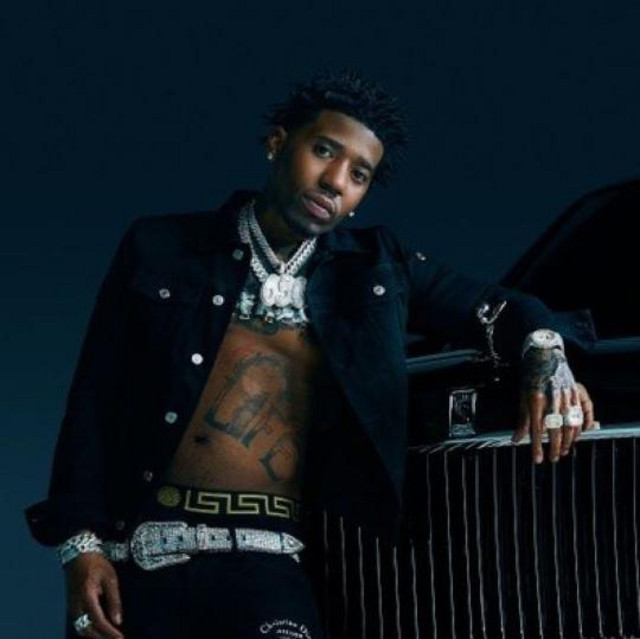 Rayshawn Lamar Bennett (born February 16, 1991), known professionally as YFN Lucci, is an American rapper and singer from Atlanta, Georgia. In 2014, he signed a record deal with Think It's A Game Entertainment and released his debut mixtape, Wish Me Well. In 2016, he released his second mixtape, Wish Me Well 2, which included the hit single "Key to the Streets" (featuring Migos and Trouble). His debut extended play, Long Live Nut, was released in 2017 and peaked at number 27 on the Billboard 200 chart. The EP's first single "Everyday We Lit" (featuring PnB Rock; produced by June James), has peaked at number 33 on the Billboard Hot 100 and became his highest charting single to date.

In 2018, Bennett released his debut studio album Ray Ray From Summerhill which peaked at number 14 on the Billboard 200. In May 2021, he was amongst 11 others charged in a RICO indictment.

During a hearing in which he was denied bond on Thursday, Young Thug was accused of bragging about killing YFN Lucci's mother on his 2021 single "Bad Boy."

The motion claims that Lucci, now seeing an emergency bond hearing, was a victim based on the indictment, having allegedly been “stabbed with a shank."

Report - YFN Lucci Claims He Was Stabbed in Jail

Rapper YFN Lucci is among a dozen people charged in a wide-ranging indictment in Atlanta targeting alleged members of the Bloods gang.

He turned himself into police last month The post YFN Lucci has been released from jail on bond after murder charge appeared first on NME | Music, Film, TV, Gaming & Pop Culture News.

YFN Lucci has been released on bond following his arrest for murder, Billboard can confirm.

YFN Lucci Turns Himself in to Police, Faces Murder Charge

Atlanta rapper YFN Lucci turned himself in to police on Wednesday (Jan. 13) and faces a murder charges in connection with a deadly shooting last month.

YFN Lucci Turns Himself in on Murder Charge

YFN Lucci turns himself in to police after facing murder charge

You Know That (feat. YFN Lucci)

Key to the Streets (Keychain Pack)

Don't Know Where I'd Be

I Wonder Why (feat. Yo Gotti)

I Wonder Why (feat. Skool Boy)