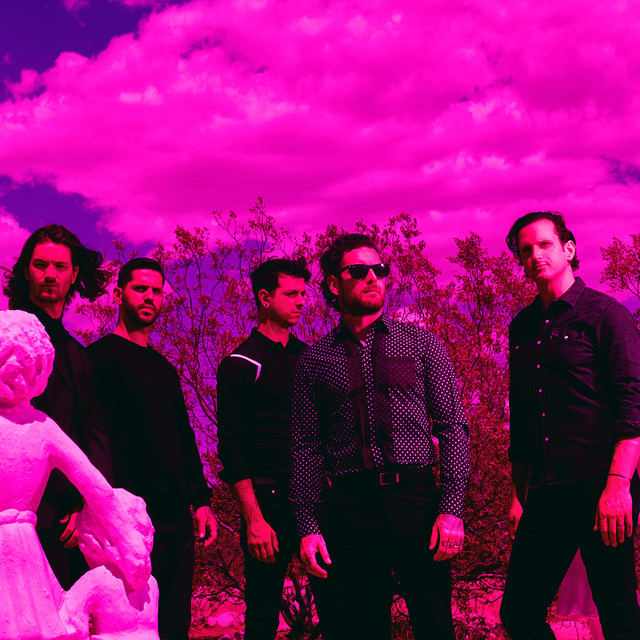 Senses Fail is an American rock band formed in Ridgewood, New Jersey, in 2002. Founded by vocalist James "Buddy" Nielsen, drummer Dan Trapp, guitarists Garrett Zablocki and Dave Miller, and bassist James Gill (replaced by Mike Glita shortly after); the band has seen many lineup changes, with Nielsen being the only consistent member.

The band has released eight studio albums, Let It Enfold You, Still Searching, Life Is Not a Waiting Room, The Fire, Renacer, Pull the Thorns from Your Heart, If There Is Light, It Will Find You, and Hell Is in Your Head. In addition, the band has two EPs, From the Depths of Dreams and In Your Absence and one live album, Joshua Tree.

Rise Against share synth-heavy IDLES remix of ‘Talking To Ourselves’

Rise Against have also announced summer dates for a North America tour with The Used and Senses Fail The post Rise Against share synth-heavy IDLES remix of ‘Talking To Ourselves’ appeared first on NME.

Hell is in Your Head

End of the World

Weight of the World

Christmas Has Been Canceled Due to Lack of Hustle

From the Depths of Dreams

If There Is Light, It Will Find You

Pull the Thorns from Your Heart

Life Is Not a Waiting Room

Let It Enfold You (Deluxe Edition)

Let It Enfold You

From The Depths Of Dreams