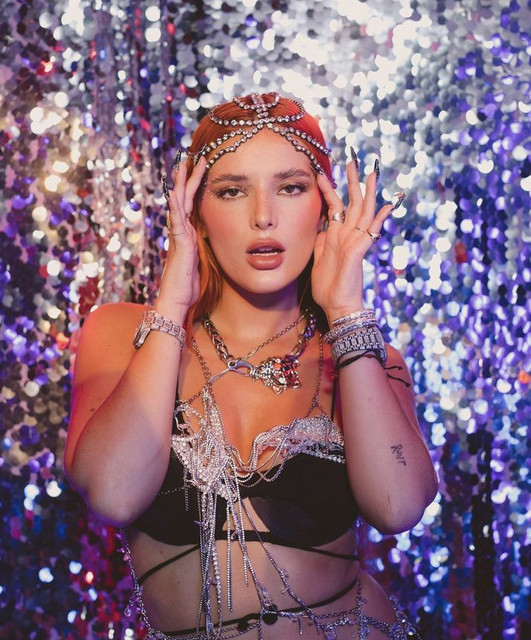 Annabella Avery Thorne (born October 8, 1997) is an American actress, model, singer, and writer. She is the recipient of several accolades, including an Imagen Award, a Shorty Award, a Teen Choice Award and three Young Artist Awards.

Thorne first received recognition for her roles as Margaux Darling in the series Dirty Sexy Money (2007–2008) and as Ruthy Spivey in the drama series My Own Worst Enemy (2009), the latter of which earning her a Young Artist Award. She gained prominence for her role as CeCe Jones on the Disney Channel series Shake It Up (2010–2013), for which she won an Imagen Award. Thorne subsequently led the drama series Famous in Love (2017–2018), for which she received two Teen Choice Award nominations, and has appeared in numerous feature films, including Blended (2014), Alvin and the Chipmunks: The Road Chip (2015), The Babysitter film series (2017–2020). She received praise for her roles in The DUFF (2015), Amityville: The Awakening (2017), Infamous (2020) and Girl (2020).

In a new interview on the latest episode of his 'Club Random' podcast, Bill Maher grilled actress Bella Thorne over her battle with anxiety.

Bella Thorne Is Engaged to Benjamin Mascolo: ‘She Said YES’

"It made me so sad just all the wrongs that society did to her," Thorne says of her fellow Disney alum featured in Hulu's 'Framing Britney Spears.'

Up In Flames (Single from “Time Is Up” Soundtrack)

Fashion Is My Kryptonite (from "Shake It Up: Made In Japan")