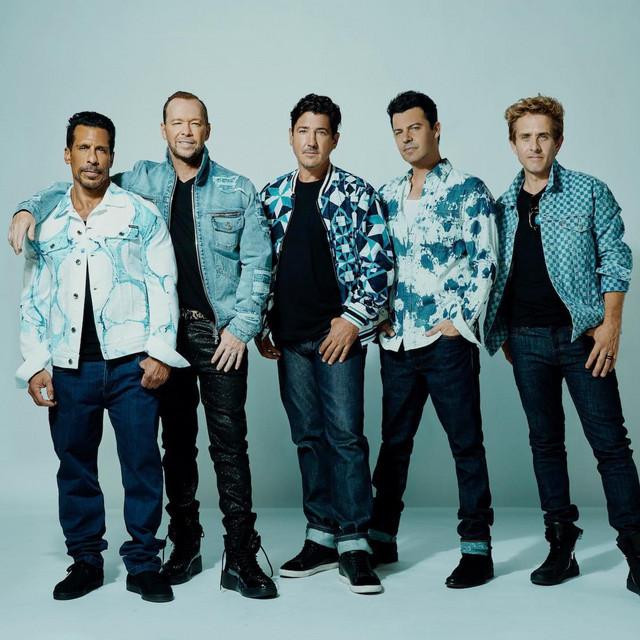 New Kids on the Block (also initialized as NKOTB) is an American boy band from Dorchester, Massachusetts. The band consists of brothers Jonathan and Jordan Knight, Joey McIntyre, Donnie Wahlberg, and Danny Wood. New Kids on the Block enjoyed success in the late 1980s and early 1990s and have sold more than 80 million records worldwide, are considered the first modern boy band and are often credited for paving the way for future boy bands such as Take That, Backstreet Boys and NSYNC. They won two American Music Awards in 1990 for Favorite Pop/Rock Band, Duo, or Group and Favorite Pop/Rock Album.Formed in 1984, New Kids on the Block achieved stardom in 1989, an achievement listed as number 16 on Rolling Stone's Top 25 Teen Idol Breakout Moments. The group disbanded in 1994.

The group received a star on the Hollywood Walk of Fame in 2014.

Taylor Swift sings Avril Lavigne’s praises, tour announcement from The Weeknd and Doja Cat, New Kids On The Block takes us back in time and Residente has some choice words for J Balvin. This is Billboard News for Friday, March 4.

New Kids On the Block are hitting the road this summer for their second Mixtape tour and they are bringing along some amazing guests. To celebrate, they released a new nostalgic-inspired music video.

Watch the ultra-'80s video, which Donnie Wahlberg tells Billboard is "a celebration of the music and the look and the videos of that era," and read about how the collaboration came together.

Bring Back The Time