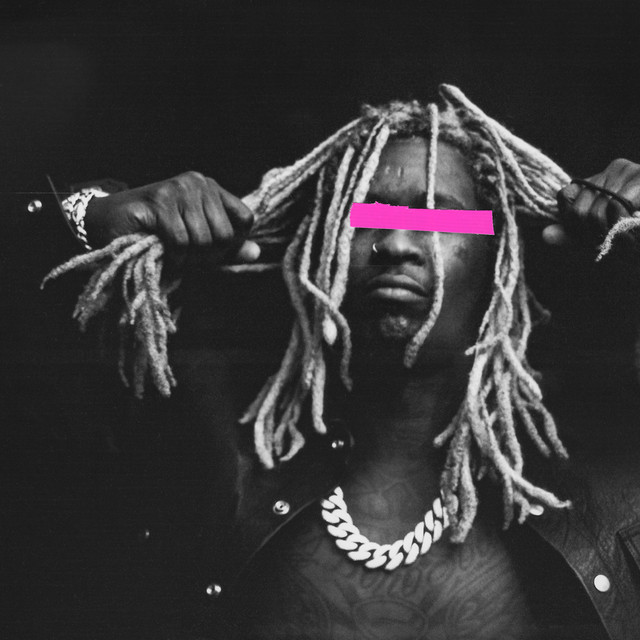 Jeffery Lamar Williams (born August 16, 1991), known professionally as Young Thug, is an American rapper, singer, and songwriter. He is considered to be an influential figure of his generation, with his music impacting the modern sound of hip hop and trap music. Known for his eccentric vocal style and fashion, Thug initially released a series of independent mixtapes beginning in 2011 with I Came from Nothing. In early 2013, he signed with Gucci Mane's 1017 Records, and later that year he released his label debut mixtape 1017 Thug to critical praise.Young Thug received mainstream recognition in 2014 with the singles "Stoner" and "Danny Glover" in addition to appearances on several singles, including T.I.'s "About the Money", Tyga's "Hookah", and Rich Gang's "Lifestyle". That year, he also signed to Lyor Cohen's 300 Entertainment and collaborated on the mixtape Rich Gang: Tha Tour Pt. 1. In 2015, he amassed a number of mixtapes, including Barter 6 and two installments of his Slime Season series. Subsequently in 2016, Thug issued commercial mixtapes I'm Up, Slime Season 3, and Jeffery. In 2017, Thug featured on the worldwide hit "Havana" by Cuban pop singer Camila Cabello, which became his first number-one single on the Billboard Hot 100. In 2018, he released a compilation album Slime Language with his label YSL Records. In 2019, he won the Grammy Award for Song of the Year for his contributions to Childish Gambino's "This Is America".Young Thug's debut studio album, So Much Fun (2019), debuted at number one on the US Billboard 200 and included the Billboard Hot 100 top-twenty singles "The London" and "Hot". The following year, his single "Go Crazy" with Chris Brown from the collaborative mixtape Slime & B (2020) peaked at number three on the Hot 100, becoming his first top-ten single as a lead artist. Additionally, he reached number one on the Billboard Hot 100 for the second time in his career with his feature alongside M.I.A. on Travis Scott's single "Franchise", In 2021, Thug released the compilation album Slime Language 2 which debuted at number one on the Billboard 200. Later that year, Thug would reach number one on the Hot 100 a third time by featuring alongside Future on Drake's "Way 2 Sexy". His second studio album, Punk, was released on October 15, 2021. It debuted at number one on the Billboard 200, becoming his third number one album, as well as his second chart topping project of 2021.

Drake, 21 Savage, Megan Thee Stallion, and More Back Call to ‘Protect Black Art,' Ban Use of Rap Lyrics in Court

The initiative began as a petition earlier this year and was launched in response to the YSL indictment in which Young Thug and Gunna were named.

Lil Baby on Being in Contact With Young Thug’s Family Amid Incarceration, Says He’s Lost Millions in Crypto

In an interview on 'Sway’s Universe,' Lil Baby has revealed that he’s been in contact with Young Thug’s family amid his incarceration on RICO charges.

The Best New Music This Week: Lil Baby, $NOT, Stormzy, and More

Lil Baby has finally dropped off his highly anticipated third album 'It's Only Me,' which features appearances from Nardo Wick, Young Thug, and more.

In a motion for continuance filing this week, Fulton County District Attorney Fani Willis requested a postponement in the start of the YSL RICO trial.

The 18-track project marks the rappers' first full-length release under the Unc & Phew moniker. It includes features from Young Thug, Birdman, and more.

21 Savage and Wack 100 got into a heated exchange on Clubhouse this weekend after the latter accused the former of being an informant in YSL's RICO case.

Young Thug Sent An ‘Innocent’ Tweet to Michael Phelps. Prosecutors Used It Against Him

Ye shared a screenshot of a text exchange with an unknown person on Thursday, including word that he is planning to launch Donda University.

Young Thug Offers Kanye Land in Georgia: 'I Got Over 100 Acres. However Many You Need They’re Yours Free of Charge'

The incarcerated rapper made the offer while behind bars Thursday night. Kanye previously announced his plans to buy ATL land for his first Yeezy store.

"If you decide to admit your crimes over a beat, I'm gonna use it" The post District attorney prosecuting Young Thug and Gunna defends using lyrics for evidence appeared first on NME.

"You do not get to commit crimes in my county, and then get to decide to brag on it," said Fulton County District Attorney Fanni Willis

Atlanta DA Defends Use of Rap Lyrics In Court: ‘People Can Continue to Be Angry’

“If you decide to admit your crimes over a beat, I’m gonna use it,” Fani Willis said, months after she cited Young Thug and Gunna's music in a sweeping gang case.

The rapper's trial on gang-related charges is set to take place in January 2023 The post Young Thug denied bond for a third time in RICO case appeared first on NME.

Thug, Gunna & several YSL associates were arrested in May and indicted for conspiring to violate the RICO Act.

Thug and his YSL associates were arrested back in May on gang-related charges in Atlanta. His team has made several attempts to get him released on bond.

Young Thug Sued for $150,000 Over Canceled Concert Following His Arrest

Thug was expected to receive a total of $300,000 for an Atlanta show

Young Thug sued over concert that was cancelled following his arrest

The rapper allegedly received a $150,000 advance payment which is yet to be paid back The post Young Thug sued over concert that was cancelled following his arrest appeared first on NME.

Young Thug now has to deal with a $150,000 lawsuit after he missed a June concert in Atlanta because he was incarcerated. He was denied bond that month.

Young Thug Sued Over Concert Canceled Because of His Arrest

The June 18 concert at Atlanta's State Farm Arena was scrapped after the rapper was taken into custody in a sweeping RICO case.

Thug and Gunna are both in the midst of a plight to prove their innocence after being arrested on gang-related charges The post Drake shows support for Young Thug and Gunna with “Free YSL” call in ‘Sticky’ video appeared first on NME.

“Stay With Me” should come with a red carpet. Just two weeks after releasing Funk Wav Bounces Vol. 2‘s sophomore single, Calvin Harris can be found sidling up with Halsey, Justin Timberlake, and Pharrell for the disco-infused third preview of the LP. Whereas “Potion“—Funk Wav‘s debut single featuring Dua Lipa and Young Thug—and its follow-up,... Read More ▸ The post Calvin Harris partners with pop superpowers Halsey, Justin Timberlake, Pharrell for ‘Stay With Me’ appeared first on Dancing Astronaut.

The fatal shooting is reported to have occurred earlier this week in the East Point area. While names weren't initially released, they've since been revealed.

Run the Jewels rapper's first single since 2012 features Young Thug and, for its video, a monologue by Dave Chappelle

Stay Down (with 6LACK & Young Thug)

So Much Fun (Deluxe)

Proud Of Me (feat. Young Thug)

pick up the phone

I Came from Nothing 2