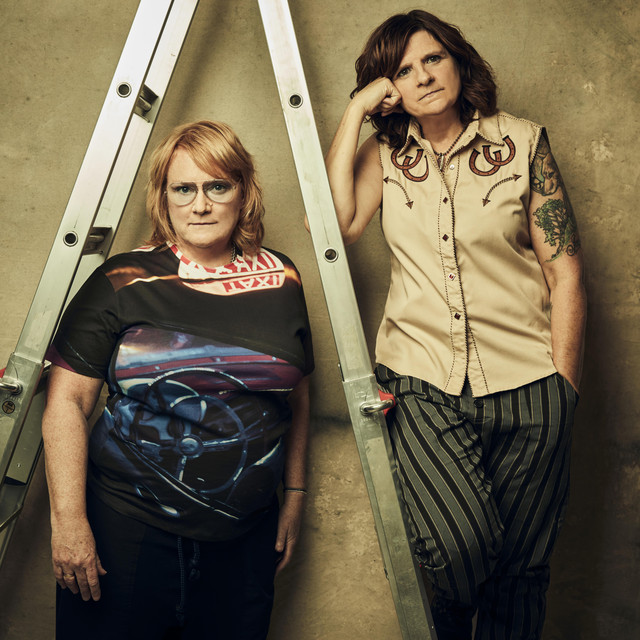 Indigo Girls are an American folk rock music duo from Atlanta, Georgia, United States, consisting of Amy Ray and Emily Saliers. The two met in elementary school and began performing together as high school students in Decatur, Georgia, part of the Atlanta metropolitan area. They started performing with the name Indigo Girls as students at Emory University, performing weekly at The Dugout, a bar in Emory Village.

They released a self-produced, full-length record album entitled Strange Fire in 1987, and contracted with a major record company in 1988. After releasing nine albums with major record labels from 1987 through 2007, they have now resumed self-producing albums with their own IG Recordings company.

Outside of working on Indigo Girls–related projects, Ray has released solo albums and founded a non-profit organization that promotes independent musicians, while Saliers is an entrepreneur in the restaurant industry as well as a professional author; she also collaborates with her father, Don Saliers, in performing for special groups and causes. Saliers and Ray are both lesbians and are active in political and environmental causes.

Indigo Girls Live With The University Of Colorado Symphony Orchestra

Staring Down The Brilliant Dream

Poseidon And The Bitter Bug (Deluxe)

Poseidon And The Bitter Bug

All That We Let In

Live at the House of Blues EP

Shaming Of The Sun

Bury My Heart At Wounded Knee

I Don't Wanna Talk About It

Back On The Bus, Y'All