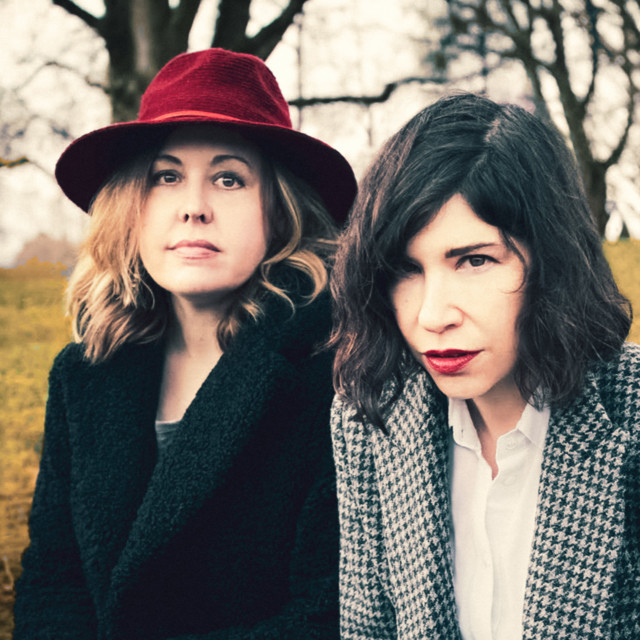 Sleater-Kinney ( SLAY-tər-KIN-ee) is an American rock band that formed in Olympia, Washington, in 1994. The band's current lineup features Corin Tucker (vocals and guitar) and Carrie Brownstein (guitar and vocals), following the departure of longtime member Janet Weiss (vocals, drums, and harmonica) in 2019. Sleater-Kinney originated as part of the riot grrrl movement and has become a key part of the American indie rock scene. The band is also known for its feminist and liberal politics.The band released seven studio albums between 1994 and 2005: Sleater-Kinney (1995), Call the Doctor (1996), Dig Me Out (1997), The Hot Rock (1999), All Hands on the Bad One (2000), One Beat (2002) and The Woods (2005). They went on hiatus in 2006 and devoted themselves to solo projects. They reunited in 2014 and released No Cities to Love on January 20, 2015, and Live in Paris in January 2017. Their second studio album after their reunion, The Center Won't Hold, was produced by St. Vincent, and released in August 2019. The band's tenth studio album and their first self-produced album, Path of Wellness, was released in June 2021.

The record will recreate SK’s ‘Dig Me Out’ in celebration of its 25th anniversary The post Courtney Barnett, St. Vincent, Wilco and more to appear on Sleater-Kinney covers album appeared first on NME.

Courtney Barnett, Low, the Linda Lindas, and others will also take on songs from the band’s 1997 album

Wet Leg, Chicano Batman, Lido Pimienta, and more are also set to appear on the festival tour with Barnett

The follow-up to 2019’s Next to Sun features Sleater-Kinney, Helado Negro, and Sen Morimoto

High In The Grass

Can I Go On

The Future Is Here

No Cities to Love

All Hands on the Bad One (Remastered)

Dig Me Out (Remastered)