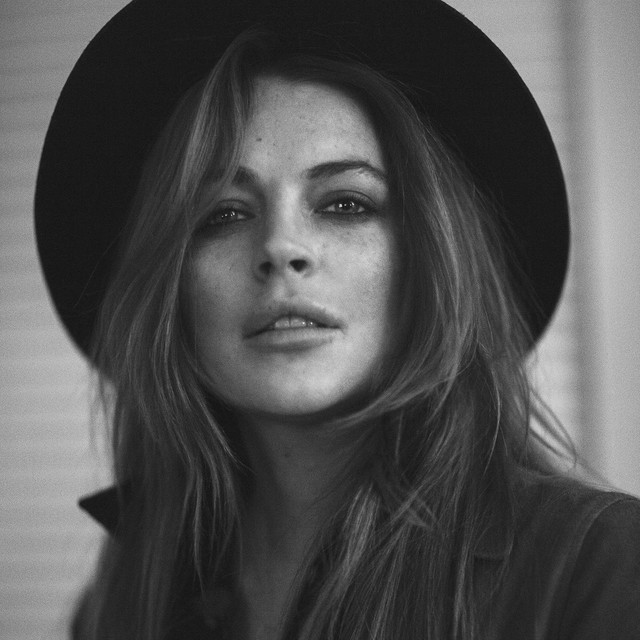 Lindsay Dee Lohan (; born July 2, 1986) is an American actress, singer, songwriter, producer, and entrepreneur. Born in New York City and raised on Long Island, Lohan was signed to Ford Models at the age of three. Having appeared as a regular on the television soap opera Another World at age 10, her breakthrough came in the Walt Disney Pictures film The Parent Trap (1998). The film's success led to appearances in the television films Life-Size (2000) and Get a Clue (2002), and the big-screen productions Freaky Friday (2003) and Confessions of a Teenage Drama Queen (2004).

Lohan's early work won her childhood stardom, while the teen comedy sleeper hit Mean Girls (2004) affirmed her status as a teen idol and catapulted Lohan to the Hollywood A-list. She became known as a triple threat after signing with Casablanca Records and releasing two studio albums, the platinum-certified Speak (2004) and gold-certified A Little More Personal (Raw) (2005). Following the success of Mean Girls and her music career, Lohan starred in the comedy films Herbie: Fully Loaded (2005) and Just My Luck (2006). In order to showcase her range, Lohan began choosing roles in independent films such as A Prairie Home Companion and Bobby (both 2006) and Chapter 27 (2007),

While filming the comedy drama Georgia Rule in 2006, Lohan became the subject of intense media coverage due to reported issues on set, which would be the start of a series of personal struggles that would plague her life and career. During the late 2000s, she became a fixture in the tabloid press for her legal issues, court appearances and a number of stints in rehabilitation facilities due to alcoholism. This period saw her lose several roles and had significantly impacted her career and public image negatively. In an attempt to return to acting and stage a comeback, she appeared in Liz & Dick (2012) and The Canyons (2013), but both were both met with negative reviews.

In 2013, under the guidance of Oprah Winfrey, Lohan began filming the docu-series Lindsay (2014) which depicted her life after completing her final stint in rehab and returning to work. The following year, a judge declared that Lohan had completed her probation which began in 2007, making her free from the legal system for the first time in eight years. She made her stage debut in the London West End production of Speed-the-Plow (2014–2015) and later starred in the British comedy series Sick Note (2018).

Following years of continued sobriety, Lohan signed a multi-film deal with streaming platform Netflix to star in several upcoming projects. Falling for Christmas will be the first film in the deal to be released at the end of 2022.

Lindsay Lohan Announces Marriage to Bader Shammas: ‘Stunned That This Is My Husband’

Lindsay Lohan took to Instagram on Saturday to announce that she has tied the knot with her fiancé, Bader Shammas. The couple got engaged back in November.

Lindsay Lohan Marries Financier Bader Shammas: ‘I Am the Luckiest Woman in the World’

Lindsay Lohan is the latest celebrity to join TikTok, and she threw it back to her Parent Trap days for a viral video she shared on Sunday (Feb. 20).

"Man am I happy to not have to be 'good' for the kids anymore," she wrote on her Instagram story.

The actress trades the nightclub for getting a good night's sleep, and unveils several new "uncharacteristic" traits by the public's perception of her.

Lindsay Lohan and Bader Shammas Are Engaged: ‘My Future’

Lindsay Lohan shared a glimpse of the engagement ring on her hand.

Lindsay Lohan remembered Natasha Richardson, who played her mom in the 1998 film The Parent Trap, on Tuesday (May 11), which would have been the late actress' 58th birthday.

Other acts to have recently jumped on the NFT craze include Lindsay Lohan, Kings Of Leon, Grimes and Aphex Twin  The post Slipknot’s Clown is auctioning off a Knotfest Electric Theater NFT featuring projectile insects appeared first on NME.

Fans can bid on a nostalgic "trip down memory lane" The post Lindsay Lohan releases new single ‘Lullaby’ as an NFT appeared first on NME.

Lindsay Lohan has announced that her latest single, “Lullaby,” is being sold as a non-fungible token (NFT) on the FansForever digital platform.

Back To Me (Black Caviar Remix)

Back To Me (Dave Audé Remix)

Confessions Of A Broken Heart