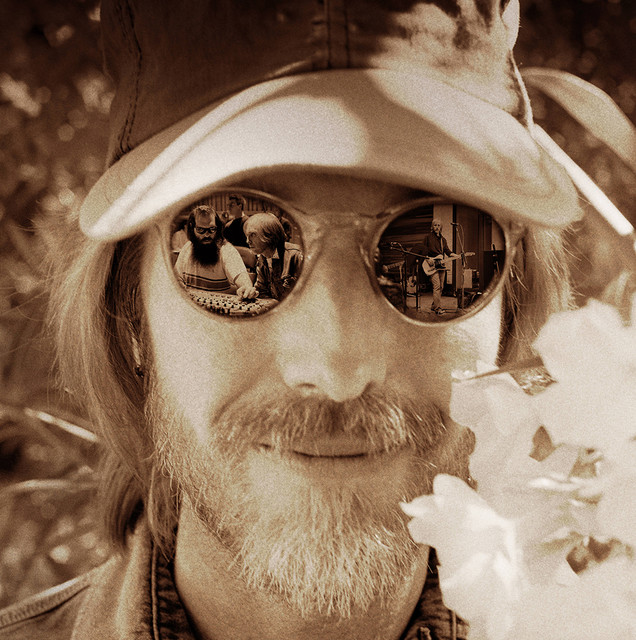 Tom Petty and the Heartbreakers

Tom Petty and the Heartbreakers were an American rock band from Gainesville, Florida. Formed in 1976, the band originally comprised lead singer and rhythm guitarist Tom Petty, lead guitarist Mike Campbell, keyboardist Benmont Tench, drummer Stan Lynch and bassist Ron Blair. In 1982, Blair, weary of the touring lifestyle, departed the band. His replacement, Howie Epstein, stayed with the band for the next two decades. In 1991, Scott Thurston joined the band as a multi-instrumentalist—mostly on rhythm guitar and second keyboard. In 1994, Steve Ferrone replaced Lynch on drums. Blair returned to the Heartbreakers in 2002, the year before Epstein's death. The band had a long string of hit singles including "Breakdown", "American Girl", "Refugee", "The Waiting", "Learning to Fly", and "Mary Jane's Last Dance", among many others, that stretched over several decades of work.

The band's music was characterized as both Southern rock and heartland rock, cited alongside artists such as Bruce Springsteen, Bob Seger, and John Mellencamp as progenitors of that genre that arose in the late 1970s and 1980s. While the heartland rock movement waned in the 1990s, the band remained active and popular, touring regularly until Petty's death in 2017, after which the Heartbreakers disbanded. Their final studio album, Hypnotic Eye, was released in 2014.

The band was inducted into the Rock and Roll Hall of Fame in 2002, their first year of eligibility. Although most of their material was produced and performed under the name "Tom Petty and the Heartbreakers", Petty released three solo albums, the most successful of which was Full Moon Fever (1989). In these releases, some members of the band contributed as collaborators, producing and performing as studio musicians.

The event will also feature a performance clip by Tom Petty and the Heartbreakers, taken from the MusiCares Person of the Year gala in 2017.

I Need You (Live)

U Get Me High

I Should Have Known It

She's the One (Songs and Music from the Motion Picture)

Into The Great Wide Open

Let Me Up (I've Had Enough)

Pack Up The Plantation: Live!

You're Gonna Get It!