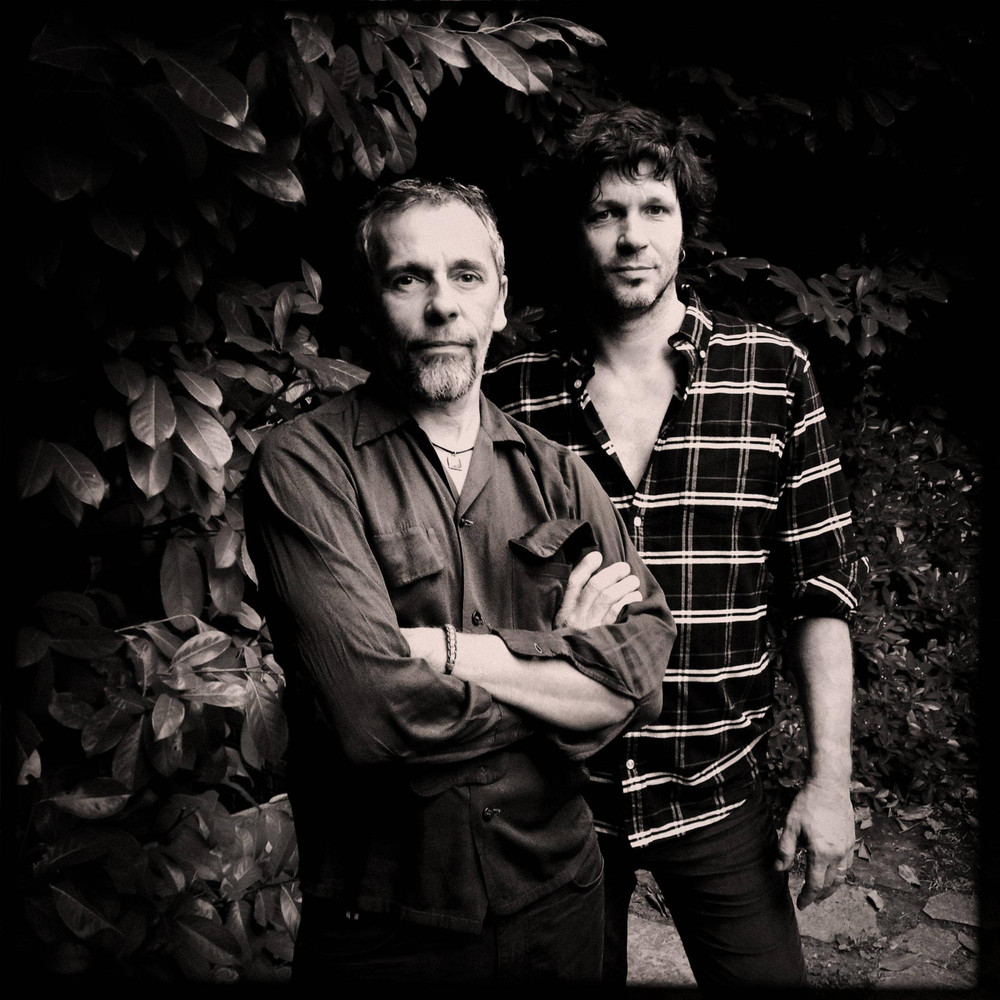 Detroit (, locally also ; French: Détroit) is the largest city in the U.S. state of Michigan. It is also the largest U.S. city on the United States–Canada border, and the seat of government of Wayne County. The city of Detroit had a population of 639,111 at the 2020 census, making it the 27th-most populous city in the United States. The metropolitan area, known as Metro Detroit, is home to 4.3 million people, making it the second-largest in the Midwest after the Chicago metropolitan area, and 14th-largest in the United States. Regarded as a major cultural center, Detroit is known for its contributions to music, art, architecture and design, in addition to its historical automotive background.Detroit is a major port on the Detroit River, one of the four major straits that connect the Great Lakes system to the Saint Lawrence Seaway. The City of Detroit anchors the second-largest regional economy in the Midwest, behind Chicago and ahead of Minneapolis–Saint Paul, and the 14th-largest in the United States. Detroit is best known as the center of the U.S. automobile industry, and the "Big Three" auto manufacturers General Motors, Ford, and Stellantis North America are all headquartered in Metro Detroit. As of 2007, the Detroit metropolitan area is the number one exporting region among 310 defined metropolitan areas in the United States. The Detroit Metropolitan Airport is among the most important hubs in the United States. Detroit and its neighboring Canadian city Windsor are connected through a highway tunnel, railway tunnel, and the Ambassador Bridge, which is the second-busiest international crossing in North America, after San Diego–Tijuana.In 1701, Antoine de la Mothe Cadillac and Alphonse de Tonty founded Fort Pontchartrain du Détroit, the future city of Detroit. During the late nineteenth and early twentieth century, it became an important industrial hub at the center of the Great Lakes region. The city's population became the fourth-largest in the nation in 1920, after only New York City, Chicago and Philadelphia, with the expansion of the auto industry in the early 20th century. As Detroit's industrialization took off, the Detroit River became the busiest commercial hub in the world. The strait carried over 65 million tons of shipping commerce through Detroit to locations all over the world each year; the freight throughput was more than three times that of New York and about four times that of London. By the 1940s, the city's population remained the fourth-largest in the country. However, due to industrial restructuring, the loss of jobs in the auto industry, and rapid suburbanization, among other reasons, Detroit entered a state of urban decay and lost considerable population from the late 20th century to the present. Since reaching a peak of 1.85 million at the 1950 census, Detroit's population has declined by more than 65 percent. In 2013, Detroit became the largest U.S. city to file for bankruptcy, which it successfully exited in December 2014, when the city government regained control of Detroit's finances.Detroit's diverse culture has had both local and international influence, particularly in music, with the city giving rise to the genres of Motown and techno, and playing an important role in the development of jazz, hip-hop, rock, and punk. The rapid growth of Detroit in its boom years resulted in a globally unique stock of architectural monuments and historic places. Since the 2000s conservation efforts have managed to save many architectural pieces and achieved several large-scale revitalizations, including the restoration of several historic theatres and entertainment venues, high-rise renovations, new sports stadiums, and a riverfront revitalization project. More recently, the population of Downtown Detroit, Midtown Detroit, and various other neighborhoods have increased. An increasingly popular tourist destination, Detroit receives 19 million visitors per year. In 2015, Detroit was named a "City of Design" by UNESCO, the first U.S. city to receive that designation.

The Florida MC raps like he's from Detroit — and he's hilarious. See why his "Air Fryer" is a Song You Need to Know

Ultrapop: Live at the Masonic captures the band’s performance at the titular Detroit venue

Dave Matthews Sings Sixto Rodriguez’s Praises During Concert: ‘He Was as Important to Me as Bob Dylan’

Rodriguez is a Detroit singer-songwriter who was the subject of the Academy Award-winning 2012 documentary 'Searching For Sugar Man.'

“We all know that house music back in the day in Chicago and Detroit comes from the Black community and gay community” The post ‘Honestly, Nevermind’ producer Gordo talks house music influence on new Drake album: “We started it” appeared first on NME.

Lil Baby has dropped off a new song and video for "U-Digg" with appearances from Detroit rappers 42 Dugg and Veeze. Baby also directed the accompanying video.

Organizers of March for Our Lives say there were about 450 planned demonstrations for Saturday. The rallies took place in cities like NYC, Detroit, LA, and D.C.

Just a few weeks after the release of his latest single "Alcatraz," French Montana taps Detroit rapper Babyface Ray for his brand new song "Drive By."

D.L. Hughley and Mo'Nique's Contract Dispute: What You Need to Know

The contract-centered feud between the two comedians has persisted in the public eye since the two stars shared the bill at a show in Detroit.

Track is one of 22 previously unreleased recordings found in the archives of industry bon vivant Earl McGrath, and featured on the compilation, Earl's Closet

D.L. Hughley Criticizes Mo’Nique for ‘Weaponizing’ His Daughter’s Sexual Trauma: ‘You Are a Monster’

The back-and-forth between D.L. Hughley and Mo'Nique has persisted for days following a contract-related dispute spurred by a show in Detroit.

A viral clip shows Drake reportedly covering a tab for two women's drinks in a Detroit bar, with the woman who filmed the video telling TMZ he's "courteous."

Movement 2022 Reminded Us That Techno Is Detroit: The Festival’s 13 Best Sets

The revered house and techno festival returned to Detroit this past weekend, featuring genre legends and launching countless Shazams.

Plus: Kosha Irby from Professional Bull Riders and Rosanne Kozerski Brown from the Detroit Red Wings will be inducted into the EAMC Hall of Fame at Minneapolis event.

Over the weekend, the two kept going at it over Mo’Nique’s claims that her contract for the Comedy Explosion in Detroit  stipulated she would be the headliner.

A true aficionado of the festival and its music, Detroit native DJ Minx selects 10 essential tracks to spin in homage to Movement.

Ahead of Her Hometown Show at Movement, DJ Holographic Talks Detroit, Representation & Not Wanting ‘The Ikea Furniture Of Success’

The prolific Detroit rapper continues his dazzling run with yet another album of detail-rich, tightly-constructed street rap.

The song comes as the Detroit rapper remains behind bars for failing to surrender to police in April. "Soon" marks Dugg's first release since his incarceration.

Plus more highs and lows from the world of rap this week, including a twerk-ready summer anthem from Glorilla and the stellar new tape from Shaudy Kash, the smoothest rapper in Detroit.

Balancing broad comedy with pointed political satire, the Detroit rapper continues his evolution from skilled MC to producer polymath on his latest album.

Each Sunday, Pitchfork takes an in-depth look at a significant album from the past, and any record not in our archives is eligible. Today, we revisit the quintessential release from the Detroit producer, a 2000 mix of house and techno that forms a capacious document of the sounds of his city.

Coi Leray shared a message of support for Eminem, after her father called out the Rock & Roll Hall of Fame for inducting the Detroit rapper.

Federal prosecutors shared more details about the extensive manhunt for the Detroit rapper, who was arrested this week for failing to surrender.

Man Who Had Marijuana Vending Machine Bolted to His House Earned $2,000 a Day for 4 Years

A man told investigators that he was making $2,000 a day selling marijuana from a vending machine attached to his Detroit home, federal agents said.

Benzino criticized the Rock & Roll Hall of Fame for inducting Em, saying there were hundreds of Black artists who were more deserving of the honor.

No One Is Innocent