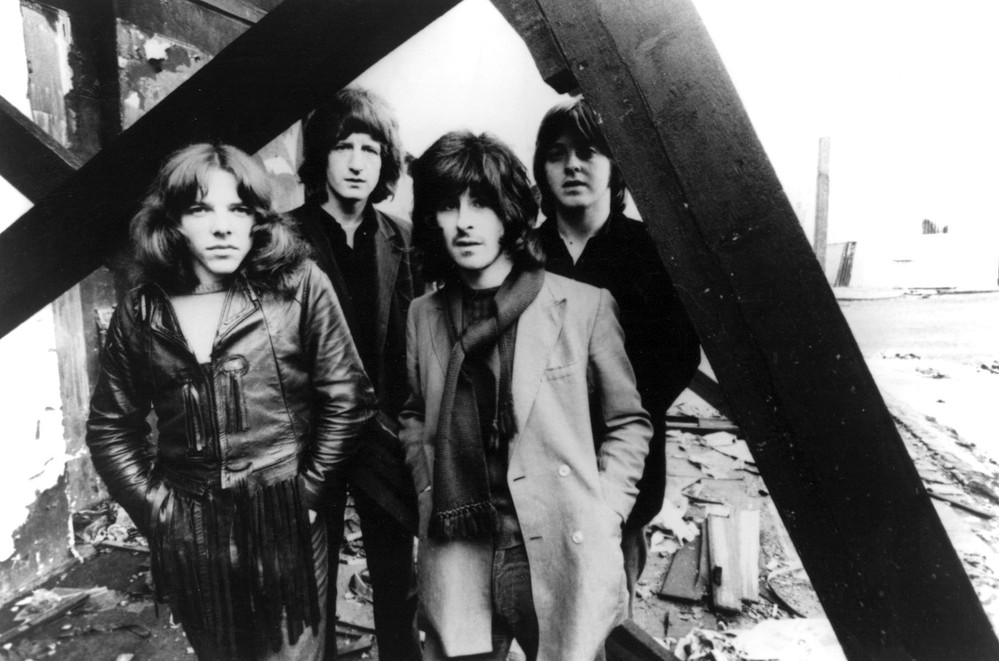 Badfinger were a Welsh rock band formed in Swansea, who were active from the 1960s to the 1980s. Their best-known lineup consisted of Pete Ham, Mike Gibbins, Tom Evans, and Joey Molland. They are recognised for their influence on the 1970s power pop genre. It is estimated that the band sold 14 million albums.The band evolved from an earlier group called the Iveys, formed in 1961, which became the first group signed by the Beatles' Apple label in 1968. The band renamed themselves Badfinger, after the working title for the Beatles' 1967 song "With a Little Help from My Friends" ("Bad Finger Boogie"). From 1968 to 1973, Badfinger recorded five albums for Apple and toured extensively, before they became embroiled in the chaos of Apple's dissolution.

Badfinger had four consecutive worldwide hits from 1970 to 1972: "Come and Get It" (written and produced by Paul McCartney, 1970), "No Matter What" (produced by Mal Evans, 1970), "Day After Day" (produced by George Harrison, 1971), and "Baby Blue" (produced by Todd Rundgren, 1972). Their song "Without You" (1970) has been recorded many times, and became a US and UK number-one hit for Harry Nilsson and, twenty-four years later, a UK number-one for Mariah Carey.

After Apple Records folded in 1973, Badfinger struggled with a host of legal, managerial, and financial problems, leading to Ham's suicide in 1975. The surviving members struggled to rebuild their personal and professional lives against a backdrop of lawsuits, which tied up the songwriters' royalty payments for years. Their subsequent albums floundered, as Molland and Evans alternated between co-operation and conflict in their attempts to revive and capitalise on the Badfinger legacy. Evans died by suicide in 1983, and Gibbins died from a brain aneurysm in 2005, leaving Molland as the group's only surviving member.

No Matter What - Revisiting the Hits

Love is Gonna Come at Last

Wish You Were Here (Expanded)

Wish You Were Here