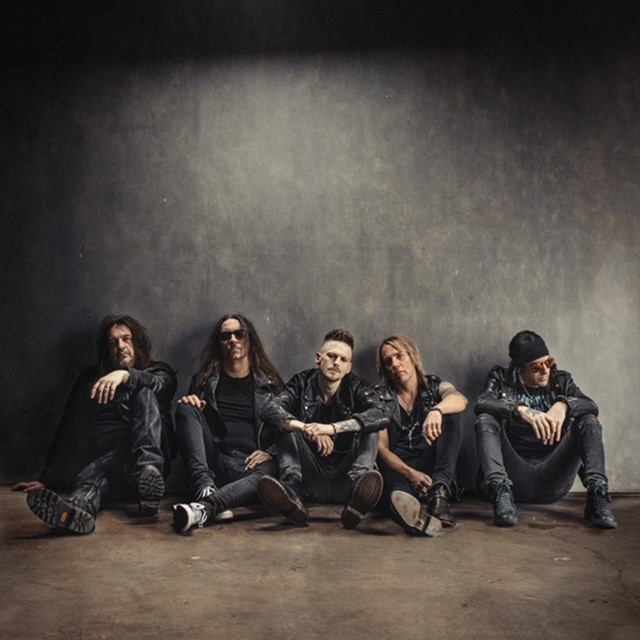 A skid row or skid road is an impoverished area, typically urban, in English-speaking North America whose inhabitants are mostly poor people "on the skids". This specifically refers to poor or homeless, either considered disreputable, downtrodden or forgotten by society. A skid row may be anything from an impoverished urban district to a red-light district to a gathering area for homeless people and drug addicts. In general, skid row areas are inhabited or frequented by individuals marginalized by poverty and also drug addicts. Urban areas considered skid rows are marked by high vagrancy, dilapidated buildings, and drug dens, as well as other features of urban blight. Used figuratively, the phrase may indicate the state of a poor person's life.

The term skid road originally referred to the path along which timber workers skidded logs. Its current sense appears to have originated in the Pacific Northwest. Areas in the United States and Canada identified by this nickname include Pioneer Square in Seattle; Old Town Chinatown in Portland, Oregon; Downtown Eastside in Vancouver; Skid Row in Los Angeles; the Tenderloin District of San Francisco; and the Bowery of Lower Manhattan. The term Poverty Flats is used for some Western US towns.The term “skid row” may often be interchangeable with the term tent city. A tent city may exist on the premises of a skid row, but many tent cities are in areas not known as skid rows.

Kanye Believes He and Kim Separating Is Influencing 'Millions'

Sebastian Bach says Americans should be mandated to be vaccinated: “There’s no politics in health or medicine”

The former Skid Row vocalist said earlier this month he’d tested positive for COVID-19 The post Sebastian Bach says Americans should be mandated to be vaccinated: “There’s no politics in health or medicine” appeared first on NME.

"Godspeed Singo. Say hello to Scrappy for us,” reads a statement shared by Skid Row.

The Gang's All Here

Slave to the Grind