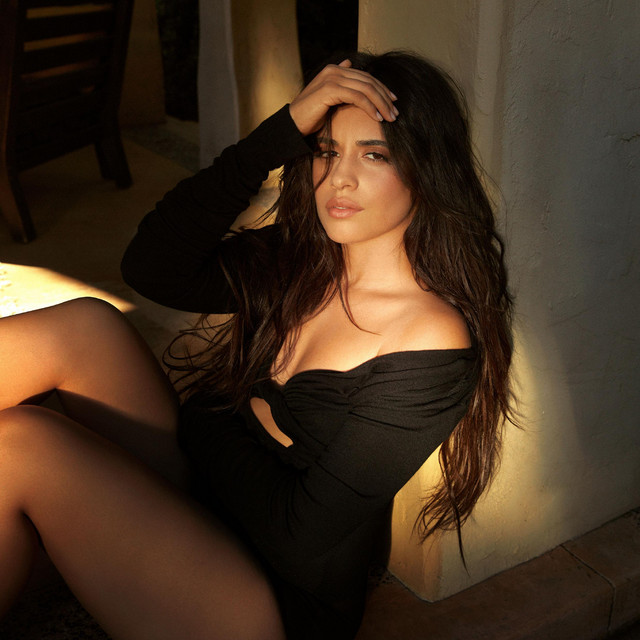 Karla Camila Cabello Estrabao (; American Spanish: [kaˈmila kaˈβeʝo]; born March 3, 1997) is a Cuban-born American singer and songwriter. She rose to prominence as a member of the girl group Fifth Harmony, which became one of the best-selling girl groups of all time. While in Fifth Harmony, Cabello began to establish herself as a solo artist with the release of the collaborations "I Know What You Did Last Summer" with Shawn Mendes and "Bad Things" with Machine Gun Kelly, the latter reaching number four on the US Billboard Hot 100. She left the group in late 2016.

Her debut studio album, Camila (2018), reached number one on the US Billboard 200. The Latin music–influenced pop album was critically well-received and earned a Platinum certification from the RIAA. Its lead single "Havana" topped charts in several countries, including the US and UK, and the follow-up single "Never Be the Same" reached the top ten in multiple countries. Cabello's 2019 duet with Mendes, "Señorita", became her second single to top the Billboard Hot 100. Her second studio album, Romance (2019), peaked at number 3 on the Billboard 200 chart, with the single "My Oh My" peaking at number 12 on the Hot 100, and inside the top ten in multiple countries.

In 2021, Cabello made her acting debut, starring as the title character from the film Cinderella. Cabello released her third studio album Familia in April 2022, with the lead single "Don't Go Yet" released in July 2021. The second single from Familia, "Bam Bam", reached the top five of the Billboard Global 200 Chart, Cabello's highest entry and peaked inside the top ten in several countries, it also peaked at 21 on the Billboard Hot 100. Familia peaked at number 10 on the Billboard 200, number 9 in the UK and number 6 in Canada.

Cabello has amassed billions of streams on music platforms, and "Havana" became the best-selling digital single of 2018, according to the International Federation of the Phonographic Industry (IFPI). Cabello's many awards include two Latin Grammy Awards, five American Music Awards, and one Billboard Music Award. In 2021, "Havana" was certified Diamond by the RIAA, making Cabello the first Hispanic woman to receive this certification.

The official video comes four months after the single was released.

"When I started the first line of the song with my guitar, I was like, 'Absolutely, this is a song that I have to do with Camila,'" Camilo previously told Rolling Stone

Camila Cabello made a surprise choice during the Battles.

‘The Voice’ Contestants Stun With Performance of Lady Gaga’s ‘Paparazzi’

Camila Cabello Praises Blackpink’s Jisoo for Covering Her Song ‘Liar’: ‘Get It Girl’

The solo segment of the Blackpink concert also treated Blinks to unreleased solo music, as Jennie performed her song "Moonlight"

We don't know who Blake Shelton chooses as the winner, but Camila Cabello says she would "steal both of you" either way.

In a game of SongMojis, Cabello and Fallon guess the names of popular songs using a series of emojis

Camila Cabello also turned her chair around for the groovy rendition of Bieber's 2021 hit.

The budding rocker made her debut last season as a guest of Camila Cabello.

Camila Cabello Gets Her First Team Member on ‘The Voice’: Watch

Morgan Myles blew the judges away with her rendition of Leonard Cohen's "Hallelujah."

How to Watch ‘The Voice’ Season 22 Live on TV & Online

The Voice is back for its 22nd season, premiering on Monday night (Sept. 19) with Camila Cabello joining the coaching panel. Here's how to watch on NBC and Peacock.

"There's only one Kelly Clarkson, but there is one person we found who can talk as much as you, and that's Camila," Shelton jokes of Camila Cabello joining the panel.

"I know specifically what it's like to deal with the stress of that situation," Cabello tells Billboard of her unique perspective coming from 'The X Factor' a decade ago.

Bad Bunny is the second Latin artist to win artist of the year, after Camila Cabello in 2018

"It’s a love song to the natural world, but it’s also my way of processing the heartache," singer says of collaboration

“To be able to combine my passion for the planet we live on and my music is a dream come true," says Cabello The post Camila Cabello and Hans Zimmer announce new song ‘Take Me Back Home’ for ‘Frozen Planet II’ appeared first on NME.

"my life is a dream," Cabello wrote of collaborating with Zimmer.

"I just thought there’s something … special about him," the music mogul said he thought when Styles first auditioned.

The former Fifth Harmony member jumped on a duet version of the song after meeting the Belgian musician at the 2022 Met Gala.

Twenty something/First time I'm free/This summer I belong to me," sings Cabello in her verse

The pop star has since deleted her thoughts on Twitter.

The carnival-themed celebration featured a medley of Senorita," "Bam Bam" and "Don’t Go Yet."

The singer, who served as a team mentor in previous seasons, will join Gwen Stefani, John Legend, and Blake Shelton

Camila Cabello Joining ‘The Voice’ as Coach This Fall

Million To One (from the Amazon Original Movie "Cinderella")

South of the Border (feat. Camila Cabello & Cardi B)

Never Be the Same

Crown (with Camila Cabello & Grey) [From Bright: The Album]

Never Be the Same (Radio Edit)

Crying in the Club