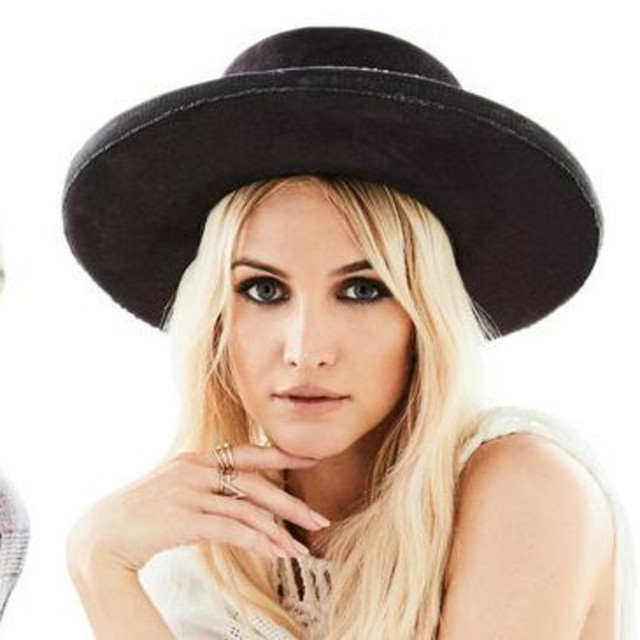 Ashley Nicolle Ross (née Simpson; born October 3, 1984), known professionally as Ashlee Simpson, is an American singer and actress. The younger sister of singer and actress Jessica Simpson, she began her career as a back-up dancer for her sister and appeared in television commercials at the age of 15. She later pursued a career as an actress and had a recurring role on the family drama 7th Heaven. She appeared on the reality show Newlyweds: Nick and Jessica, broadcast on MTV between 2003 and 2005, which focused on Ashlee's older sister Jessica and Jessica's then-husband Nick Lachey. While working on her debut studio album, Simpson became the star of a spin-off reality series, The Ashlee Simpson Show, which was broadcast on MTV between 2004 and 2005. Like her sister before her, Simpson became the center of considerable media attention.

Her breakout came with her debut single, "Pieces of Me," which was released in 2004, became a top-five hit in the United States and topped the Billboard Mainstream Top 40 chart based on radio airplay. The success of the single and her reality show helped propel her debut album, Autobiography, also released in 2004, to the top of the Billboard 200 albums chart. The project sold over five million copies worldwide, making it her most successful album to date. Simpson had a leading role in the film Undiscovered (2005), which became a critical and commercial flop. The failure of the film, along with multiple critically panned performances, led to media scrutiny. Despite that, Simpson's second studio album, I Am Me (2005), debuted atop the Billboard 200, becoming her second album to do so. The album went on to receive a platinum certification from the Recording Industry Association of America (RIAA).

Following her appearance as Roxie Hart in the West End production of Chicago, Simpson announced that she had begun working on her third studio album. The album differed from the pop-rock sound of her previous efforts, featuring a dance-pop and 1980s-themed sound. Bittersweet World was released in 2008 to positive critical reception, but it saw a decline in sales. The effort reached number 4 on the Billboard 200. The following year, Simpson joined the main cast of the Melrose Place revamp, which was met with harsh critical reception. Later that year, she made her Broadway debut reprising her role as Roxie Hart in Chicago on Broadway.

Simpson announced a fourth studio album that same year. She independently released the single "Bat for a Heart" (2012), though it failed to have success. Simpson eventually scrapped the album and focused on her child. Simpson reprised her role as Roxie Hart for the third time in a 2-dates special production in Hollywood Bowl in July 2013 directed by Brooke Shields. In October, Simpson and her husband Evan Ross released their debut extended play (EP) by Ashlee + Evan through Access Records, which was supported by a tour in select cities across North America, and their TV-reality show.

Ashlee Simpson Celebrates Her Son’s Birthday With Sweet Selfie: ‘This Is 13’

See just how much the teenager looks like his dad, Pete Wentz.

Bat for a Heart

Outta My Head (Ay Ya Ya)

Can't Have It All

Fall In Love With Me