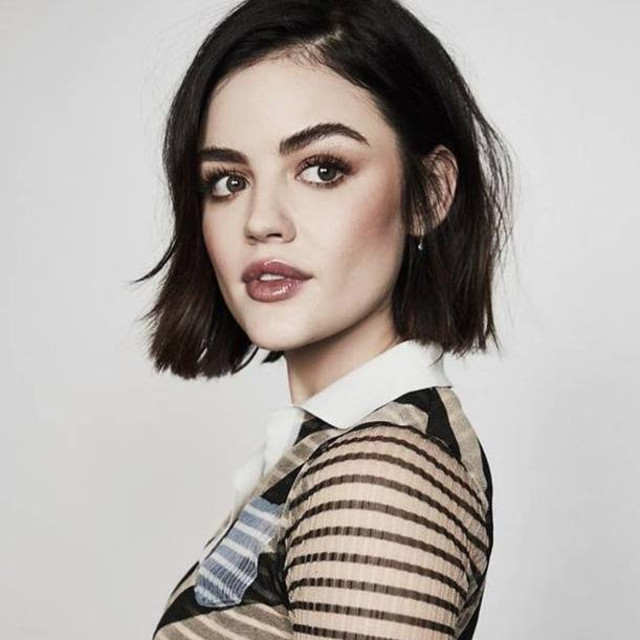 Karen Lucille Hale (born June 14, 1989) is an American actress, singer, and television personality. She has received various accolades, including seven Teen Choice Awards (the most for any actress in a single series), a Gracie Award, a People's Choice Award and two Young Hollywood Awards.

After early recognition for her roles as Becca Sommers in the series Bionic Woman (2007) and Rose Baker in the series Privileged (2008–2009), Hale received her breakthrough role as Aria Montgomery in the Freeform series Pretty Little Liars (2010–2017), for which she received global stardom and critical acclaim. She starred as Stella Abbott in Life Sentence (2018), the titular character in Katy Keene (2020) and DC Lake Edmunds in Ragdoll (2021). She has appeared in films such as The Sisterhood of the Traveling Pants 2 (2008), A Cinderella Story: Once Upon a Song and Scream 4 (both 2011), and led the films Truth or Dare and Dude (both 2018), Fantasy Island (2020), and The Hating Game (2021).

In addition to acting, Hale has also ventured into music. In 2003, she first came to prominence as one of the five winners of the reality show American Juniors, a children's spin-off of Fox's American Idol and began as a solo artist with signing Hollywood Records in 2012, on her debut studio album, Road Between (2014). She is also credited with hosting Dick Clark's New Year's Rockin' Eve from 2016 to 2021.

Billboard caught up with Seacrest and his Rockin' Eve co-host Lucy Hale to talk all about this year's modified celebration -- where Jennifer Lopez, Miley Cyrus, Megan Thee Stallion, Doja Cat, Machine Gun Kelly and more are set to perform.