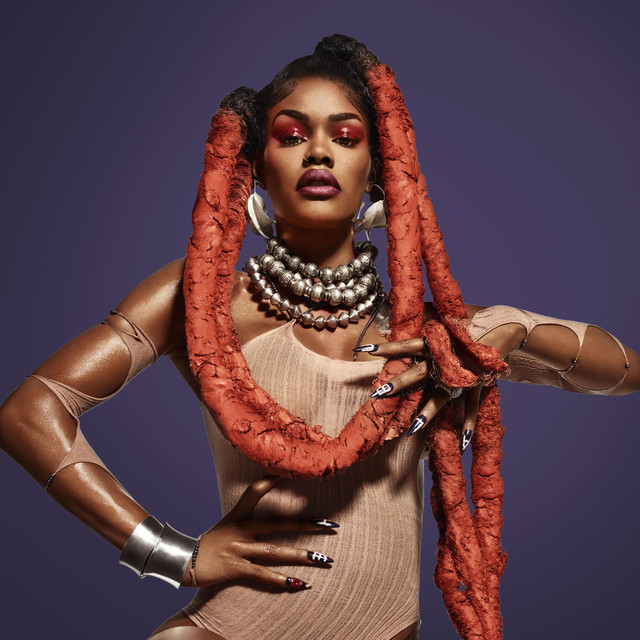 Teyana Me Shay Jacqueli Shumpert (née Taylor; born December 10, 1990) is an American singer-songwriter, actress, dancer and choreographer. In 2005, she signed a record deal with Pharrell Williams' Star Trak Entertainment imprint. Afterwards, she choreographed the music video for "Ring the Alarm" by Beyoncé. Taylor would then appear on MTV's My Super Sweet 16, prior to the 2008 release of her debut single "Google Me". Soon after, she landed uncredited guest features on the songs "Dark Fantasy" and "Hell of a Life" by Kanye West, from his album My Beautiful Dark Twisted Fantasy (2010).

In 2011, Taylor starred as Sabrina in the Tyler Perry film Madea's Big Happy Family. After asking to be released from her recording contract with Star Trak, she signed to Kanye West's GOOD Music label through Def Jam; and appeared on the Good Music compilation album Cruel Summer (2012), which reached number two on the Billboard 200 chart. In 2014, Taylor released her debut album VII; and has followed it with the release of the studio albums K.T.S.E. (2018), and The Album (2020), the latter of which reached the top ten on the Billboard 200 chart.

As an actress, Taylor has acted in the VH1 television series The Breaks, Lee Daniels' Star, and the Amazon Prime Video film Coming 2 America. Additionally, she starred in the VH1 reality television show Teyana and Iman, alongside her husband, basketball player Iman Shumpert. Taylor has collaborated artist such as Lauryn Hill, Erykah Badu, and Missy Elliott, and has co-written records for artists such as Usher, Chris Brown, and Omarion.

Shumpert was arrested for felony possession of marijuana and taken to the airport jail.

In the episode, Cardi B and Teyana Taylor whip up some sweet treats for their husbands in honor of Father’s Day.

'The Masked Singer' crowned the winner of a controversial season on Wednesday night, with Firefly—revealed to be Teyana Taylor—emerging victorious.

Taylor was the seventh season’s winner, competing against opponents including En Vogue and Rudy Giuliani

Diddy is the host of this year’s ceremony in Las Vegas The post Watch Diddy open Billboard Music Awards with Teyana Taylor appeared first on NME.

“Sometimes we gotta take the time to smell our Roses even after the Last Petal falls.”

Teyana Taylor will hit the road one last time for her The Last Rose Petal 2 Farewell Tour starting this summer. The 18-city trek will kick off in August.

"These types of rumors and lies hurt the most because I take pride in being a mother and would never be that irresponsible," Taylor tells 'Ebony.'

In the latest BTS news, Jungkook blows up Instagram with his dance moves and Jimin has been discharged from the hospital following appendicitis surgery and has recovered from COVID-19.

The K-pop star shows off how fluid his dance moves are in the short clip.

"Woman" is the fourth single from Doja's most recent album 'Planet Her.'

Teyana Taylor updates fans after being hospitalised for exhaustion

"Come out and watch me, one last time" The post Teyana Taylor announces her final tour before retirement appeared first on NME.

Taylor had to go through a "complicated" procedure after finding lumps in her breasts The post Teyana Taylor shares she had emergency surgery to remove lumps from her breasts appeared first on NME.

Teyana Taylor opened up about having surgery to remove lumps from her breasts during the most recent episode of We Got Love: Teyana and Iman.

Teyana Taylor Is First Black Woman to Top Maxim’s ‘Hot 100′ List: ‘It Made Me See Another Side of Myself’

Teyana Taylor makes history in topping Maxim's Hot 100 list and being the first Black woman to be named "Sexiest Woman Alive" by the publication.

How You Want It?