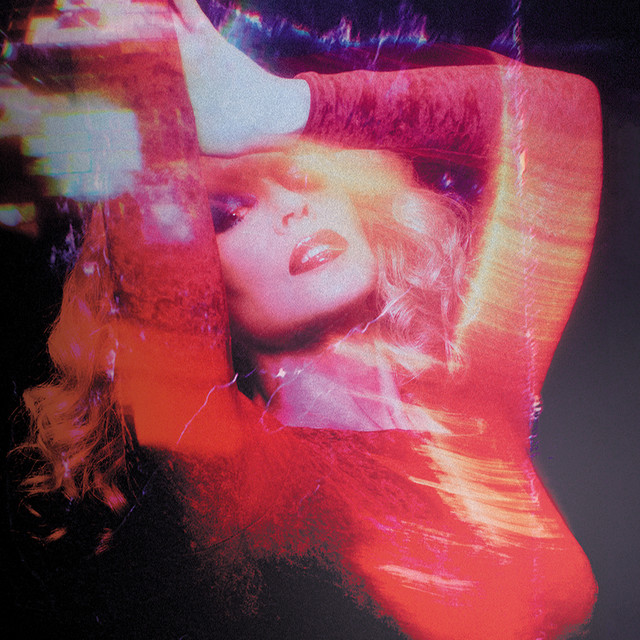 Kylie Ann Minogue (; born 28 May 1968), also known mononymously as Kylie, is an Australian singer, songwriter and actress. She is the highest-selling female Australian artist of all time, having sold over 80 million records worldwide. She has been recognised for reinventing herself in music and fashion, for which she is referred to by the European press as the "Princess of Pop" and a style icon. Her accolades include a Grammy Award, three Brit Awards and 17 ARIA Music Awards.

Born and raised in Melbourne, Minogue first achieved recognition starring in the Australian soap opera Neighbours, playing tomboy mechanic Charlene Robinson. She gained prominence as a recording artist in the late 1980s and released four bubblegum and dance-pop-influenced studio albums produced by Stock Aitken Waterman. By the early 1990s, she had amassed several top ten singles in the UK and Australia, including "I Should Be So Lucky", "The Loco-Motion", "Hand on Your Heart", and "Better the Devil You Know". Taking more creative control over her music, Minogue signed with Deconstruction Records in 1993 and released Kylie Minogue (1994) and Impossible Princess (1997), both of which received positive reviews. She returned to mainstream dance-oriented music with 2000's Light Years, including the number-one hits "Spinning Around" and "On a Night Like This". The follow-up, Fever (2001), was an international breakthrough for Minogue, becoming her best-selling album to date. Two of its singles, "Love at First Sight" and "In Your Eyes", became hits, but its lead single, "Can't Get You Out of My Head" became one of the most successful singles of the 2000s, selling over five million units.

Minogue continued reinventing her image and experimenting with a range of genres on her subsequent albums, which spawned successful singles such as "Slow", "2 Hearts", "All the Lovers", "Santa Baby", "Timebomb" and "Dancing". With her 2020 album Disco, she became the first female artist to have a chart-topping album in the UK for five consecutive decades. Minogue made her film debut in The Delinquents (1989) and portrayed Cammy in Street Fighter (1994). She has also appeared in the films Moulin Rouge! (2001), Jack & Diane, Holy Motors (2012) and San Andreas (2015). In 2014, she appeared as a judge on the third series of The Voice UK and The Voice Australia. Her other ventures include product endorsements, children's books, fashion, and charitable work.

Minogue was appointed an Officer of the Order of the British Empire in the 2008 New Year Honours for services to music. She was appointed by the French government as a Chevalier (knight) of the Ordre des Arts et des Lettres for her contribution to the enrichment of French culture. In 2005, while Minogue was on tour, she was diagnosed with breast cancer. She was awarded an honorary Doctor of Health Science (D.H.Sc.) degree by Anglia Ruskin University in 2011 for her work in raising awareness for breast cancer. At the 2011 ARIA Music Awards, she was inducted by the Australian Recording Industry Association into the ARIA Hall of Fame. She was appointed Officer of the Order of Australia (AO) in the 2019 Australia Day Honours. Net worth of Kylie Minogue is A$109 million (2020 estimate).

The inestimably stylish singer talks about the queer bathroom fantasia of Years & Years' 2022 tour and whether he'll act again soon.

'Especially For You' will be available on vinyl and cassette tape as a limited edition The post Kylie Minogue and Jason Donovan single reissued in honour of ‘Neighbours’ reunion appeared first on NME.

Kylie Minogue opens up on ‘Watch What Happens Live’ with Andy Cohen on why she blocked the beauty mogul from trademarking her own name.

Kylie Minogue on returning to ‘Neighbours’ finale: “There was quite a bit of pressure for me to come back”

The singer also addressed the return of Guy Pearce to the show's upcoming finale: "We’re all going to cry" The post Kylie Minogue on returning to ‘Neighbours’ finale: “There was quite a bit of pressure for me to come back” appeared first on NME.

Kylie Minogue Brings Her Rosé to America After Sales Pop Off In U.K.: ‘We Believe In This Brand Growing’

"There would have been zero point doing it if I wasn't really invested in it," says the Australian pop icon.

The star also reflected with Andy Cohen on her lost collaboration with Prince, and on her legal victory over Kylie Jenner.

The band were also joined by Kylie Minogue across their two nights at the MetLife Stadium The post Bruce Springsteen joins Coldplay on stage in New Jersey appeared first on NME.

They'd performed the song together previously at Glastonbury 2019 The post Kylie Minogue joins Coldplay for ‘Can’t Get You Out Of My Head’ at New Jersey show appeared first on NME.

The duet came on the same day as Kylie's birthday, for which she was given a cake and sung 'Happy Birthday' to by the Brixton crowd The post Watch Jessie Ware bring out Kylie Minogue to perform ‘Kiss Of Life’ at London show appeared first on NME.

Peggy Gou Remixes Kylie Minogue’s “Can’t Get You Out of My Head”: Listen

“From personal experience, ‘Can’t Get You Out of My Head’ is one of those songs that transports, moves, and uplifts people all over the world”—Peggy Gou

The remix, commissioned by Magnum ice cream, will premiere at Cannes next week The post Peggy Gou announces new remix of Kylie Minogue’s ‘Can’t Get You Out Of My Head’ appeared first on NME.

Kylie Minogue and Jason Donovan to return to ‘Neighbours’ for finale

"It has been an emotional experience for them, for us, and I’m sure it will be for our viewers" The post Kylie Minogue and Jason Donovan to return to ‘Neighbours’ for finale appeared first on NME.

Over the course of season 14, every song featured as a lip sync has seen streaming gains in the week following the episode's airing.

The perfect way to see in the New Year The post Watch Kylie Minogue and Years & Years countdown to 2022 with ‘A Second To Midnight’ appeared first on NME.

Jodie Harsh has given the disco anthem an urgent reworking just in time for the New Year The post Kylie Minogue and Years & Years team up with drag icon for ‘A Second To Midnight’ remix appeared first on NME.

From Kylie Minogue and Years & Years' disco-inspired duet to Lauren Jauregui's stunning new ballad, check out just a few of our favorite releases from this week below.

The pop legend confirmed her homecoming in a recent interview with BBC Radio 2 The post Kylie Minogue is returning to Australia after 30 years in the UK appeared first on NME.

Duo reteam for "A Second to Midnight" following "Starstruck" remix

Kylie Minogue pumped some disco magic into her cover of Lady Gaga's "Marry the Night," which will appear on the upcoming 10th anniversary edition of Gaga's Born This Way.

A Second to Midnight

Music's Too Sad Without You (Edit)

A Lifetime to Repair (Edit)

Stop Me from Falling (Remixes)

Stop Me from Falling

This Wheel's on Fire

100 Degrees (Still Disco to Me) [with Dannii Minogue]

I Was Gonna Cancel (Remixes)

Kiss Me Once (Special Edition)

Into the Blue (Remixes)

Put Your Hands Up (If You Feel Love) [The Remixes]

Put Your Hands Up (If You Feel Love)

Get Outta My Way (Remixes EP 3)

Get Outta My Way (Remixes EP 2)

Get Outta My Way (Remixes EP 1)

I Believe in You

Come into My World

Can't Get You out of My Head

Your Disco Needs You

Cover Me with Kisses

What Kind of Fool? (Heard All That Before)

Give Me Just a Little More Time

If You Were with Me Now

Let's Get to It

Word Is Out (Remix)

What Do I Have to Do?

What Do I Have to Do (The Original Synth Mixes)

Step Back in Time

Better the Devil You Know (Remix)

Better the Devil You Know

Tears on My Pillow

Hand on Your Heart (Remix)

Hand on Your Heart

Turn It into Love

Got to Be Certain

I Should Be So Lucky