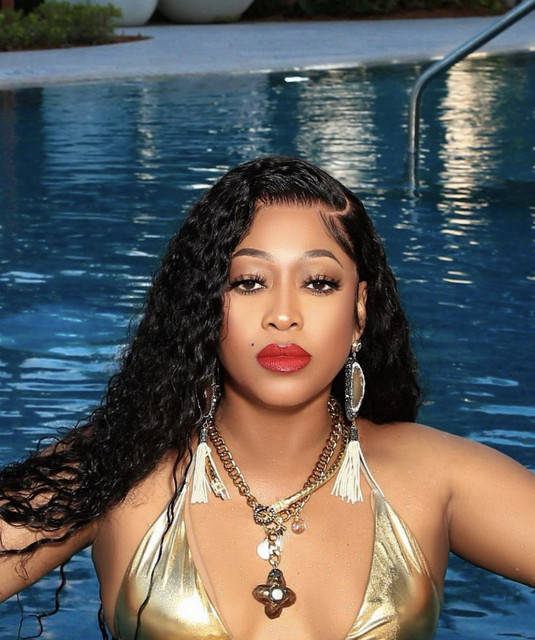 Katrina Laverne Taylor (born December 3, 1978), known professionally as Trina, is an American rapper. She rose to prominence in 1998 with her appearance on the Trick Daddy single "Nann Nigga".

Trina has been described by XXL as "the most consistent female rapper of all time". In 2013, Complex ranked her single "Pull Over" No. 27 in their Top 50 Best Rap Songs by Women. In 2014, Trina was included in Billboard's list of the "31 Female Rappers Who Changed Hip-Hop".

Trina's niece was reportedly shot and killed while visiting the rapper in her hometown of Miami, according to TMZ. Further details have yet to be confirmed.

Trina Reflects on Khia Challenging Her to a Rap Battle: 'I Don’t Have the Time'

The latest episode of 'Drink Champs' features Trina, who discusses Khia challenging her to a 'Verzuz' battle, her relationship with Lil Wayne, and more.

Trina Given Key to the City and Her Own Day in Miami: ‘Completely Grateful and Honored’

Trina was honored in her hometown over the weekend, as the pioneering rapper was given the key to the City of Miami during the first annual “Trina Day."

It marks the second time the US rappers have collaborated The post Trina and Latto join forces on wild new single ‘Clap’ appeared first on NME.

The follow-up to Trina’s 2021 single “Receipts,” the lively track sees her and '777' rapper Latto laying out what it takes to impress each of them.

Keb' Mo', The Mavericks, the Fisk Jubilee Singers, Carla Thomas and Trina Shoemaker will be honored by the Americana Music Association this year

After More Than 20 Years in the Game, Trina Still Insists She’s the Baddest

Eve vs. Trina in ‘Verzuz’ Battle of Hip-Hop Greats: See Billboard’s Scorecard and Winner For the Showdown

Below is Billboard's round-by-round scorecard of Eve and Trina's 'Verzuz,' with a victor declared at the end.

The hip-hop icons went head-to-head for over 20 rounds, playing hits from the past  two decades

Im Back "Back 2 Business"

The Princess of Hip-Hop