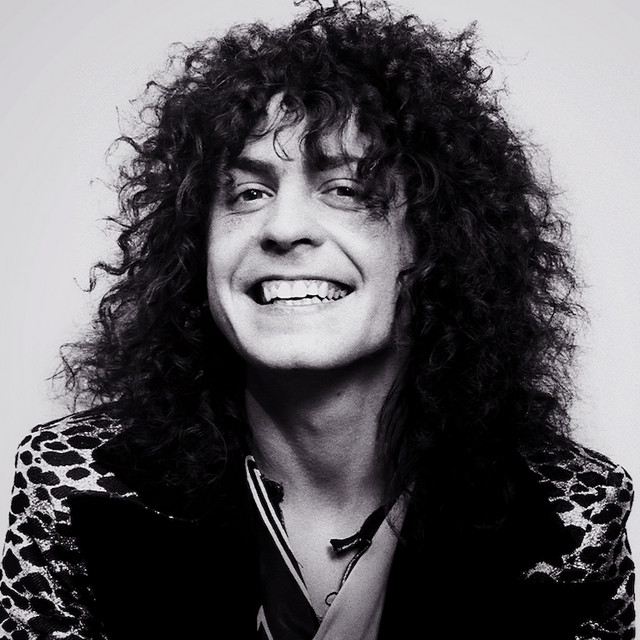 Marc Bolan ( BOH-lən; born Mark Feld; 30 September 1947 – 16 September 1977) was an English guitarist, singer and songwriter. He was a pioneer of the glam rock movement in the early 1970s with his band T. Rex. Bolan was posthumously inducted into the Rock and Roll Hall of Fame in 2020 as a member of T. Rex.In the late 1960s, he rose to fame as the founder and leader of the psychedelic folk band Tyrannosaurus Rex, with whom he released four critically acclaimed albums and had one minor hit "Debora". Bolan had started as an acoustic singer-writer before heading into electric music prior to the recording of T. Rex's first single "Ride a White Swan" which went to number two in the UK singles chart. Bolan's March 1971 appearance on the BBC's music show Top of the Pops, wearing glitter on the face for the UK chart topper "Hot Love", is cited as the beginning of the glam rock movement. Music critic Ken Barnes called Bolan "the man who started it all". T. Rex's 1971 album Electric Warrior, with all songs written by Bolan, has been described by AllMusic as "the album that essentially kick-started the UK glam rock craze." Producer Tony Visconti, who worked with Bolan during his heyday, stated: "What I saw in Marc Bolan had nothing to do with strings, or very high standards of artistry; what I saw in him was raw talent. I saw genius. I saw a potential rock star in Marc – right from the minute, the hour I met him." From 1973, he started marrying rock with other influences, including funk, soul, gospel, disco and R&B.

Bolan died in a car crash two weeks before his 30th birthday. In 1977, a memorial stone and bust of Bolan, Marc Bolan's Rock Shrine, was unveiled at the site where he died in Barnes, London. His musical influence as guitarist and songwriter was profound; he inspired many later acts over the following decades.

Plus, films on the D.O.C., May Pang, Sinéad O’Connor, and others

Beltane- The Songs of Marc Bolan

There Was A Time

Tramp King Of The City

Song For A Soldier

Beyond The Risin' Sun