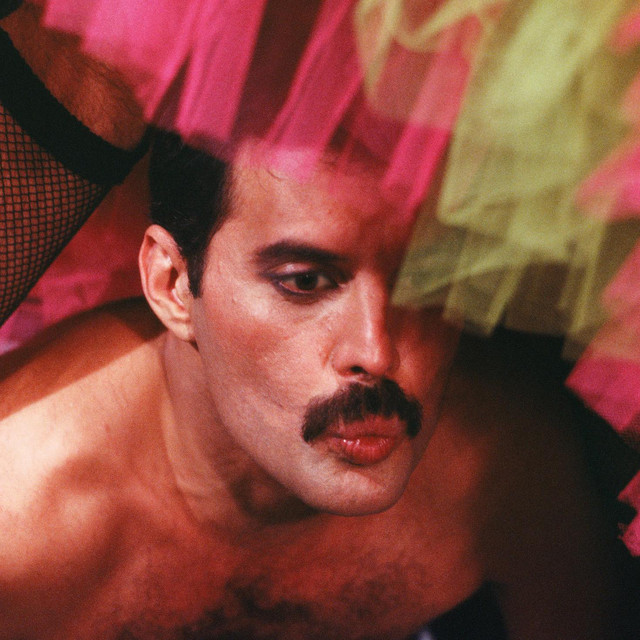 Freddie Mercury (born Farrokh Bulsara; 5 September 1946 – 24 November 1991) was a British singer and songwriter, who achieved worldwide fame as the lead vocalist of the rock band Queen. Regarded as one of the greatest singers in the history of rock music, he was known for his flamboyant stage persona and four-octave vocal range. Mercury defied the conventions of a rock frontman with his theatrical style, influencing the artistic direction of Queen.

Born in 1946 in Zanzibar to Parsi-Indian parents, Mercury attended English-style boarding schools in India from the age of eight and returned to Zanzibar after secondary school. In 1964, his family fled the Zanzibar Revolution, moving to Middlesex, England. Having studied and written music for years, he formed Queen in 1970 with guitarist Brian May and drummer Roger Taylor. Mercury wrote numerous hits for Queen, including "Killer Queen", "Bohemian Rhapsody", "Somebody to Love", "We Are the Champions", "Don't Stop Me Now" and "Crazy Little Thing Called Love". His charismatic stage performances often saw him interact with the audience, as displayed at the 1985 Live Aid concert. He also led a solo career and was a producer and guest musician for other artists.

Mercury was diagnosed with AIDS in 1987. He continued to record with Queen, and posthumously featured on their final album, Made in Heaven (1995). He announced his diagnosis the day before his death, from complications from the disease, in 1991 at the age of 45. In 1992, a concert in tribute to him was held at Wembley Stadium, in benefit of AIDS awareness. His career with Queen was dramatised in the 2018 biopic Bohemian Rhapsody.

Guitarist Brian May said the song was recorded before the band's iconic singer died in 1991.

“It was kind of hiding in plain sight,” Brain May says of track due out in September

"It's beautiful, it's touching," Brian May said of the track, which will be released later this year The post Queen have discovered an unreleased song featuring Freddie Mercury appeared first on NME.

“Weird Al” Yankovic is getting his own graphic novel

He follows the likes of Freddie Mercury, Motörhead and Blondie The post “Weird Al” Yankovic is getting his own graphic novel appeared first on NME.

"I watched his last five films and came to the conclusion he’s not a very good actor" The post Roger Taylor says Sacha Baron Cohen would have been “utter shit” as Freddie Mercury appeared first on NME.

Yesterday (November 24) marked 30 years since the Queen frontman's death The post National Aids Trust on importance of Freddie Mercury sharing his diagnosis before his death appeared first on NME.

The stickmans met Brian May and the late frontman in college The post Queen’s Roger Taylor says he was “tempted to laugh” the first time he heard Freddie Mercury sing appeared first on NME.

"Happy Birthday to the greatest frontman and rock performer of all time" The post Fans pay tribute to Queen’s Freddie Mercury on late singer’s 75th birthday appeared first on NME.

The film about the life and career of Freddie Mercury came out in 2018 The post Queen are making £100,000 a day from ‘Bohemian Rhapsody’ biopic appeared first on NME.

'Freddie Mercury: Lover Of Life, Singer Of Songs' will be told in the Queen frontman's own words The post Freddie Mercury graphic novel detailing his life set to be released this year appeared first on NME.

Freddie Mercury Graphic Novel to Be Released by Z2 Comics

Freddie Mercury: Lover of Life, Singer of Songs will be out this November

"I think Freddie would have found it hilarious" The post Queen’s Roger Taylor to install 20 foot high Freddie Mercury statue in his garden appeared first on NME.

Love of my Life

Time Waits For No One

Love Is The Hero