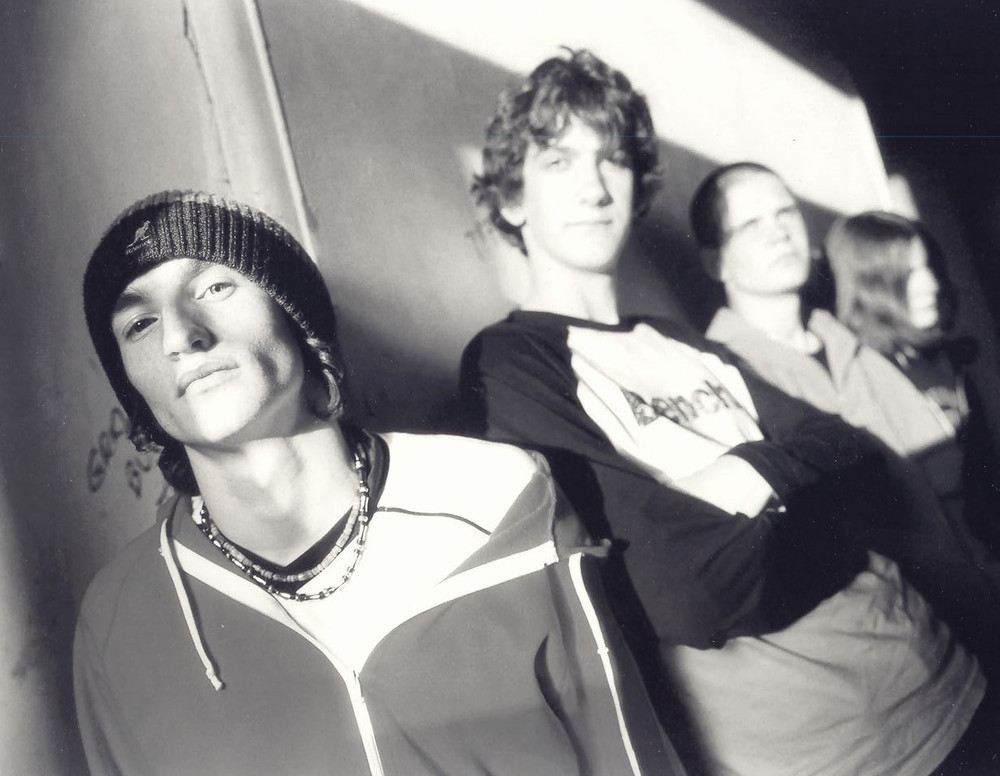 The Music are an English alternative rock band, formed in Kippax, Leeds in 1999. Comprising Robert Harvey (vocals, guitar), Adam Nutter (lead guitar), Stuart Coleman (bass) and Phil Jordan (drums), the band came to prominence with the release of their self-titled debut album in 2002. The band released two further studio albums, Welcome to the North (2004) and Strength in Numbers (2008), before parting ways in 2011.

The Music Revenue Sharing feature will allow eligible creators to take a 20% cut of revenue from their licensed music when it appears with certain videos posted to Facebook.

The Timing of Johnny Depp’s New Record With Jeff Beck Is Weird. The Music on It Is…Solid

Just weeks after the Depp-Heard trial came to an end, the embattled actor is releasing an album he made in 2020 with one of rock's most-beloved guitar legends

‘High School Musical: The Musical: The Series’ Cast Goes Head-to-Head With a Cover of ‘Camp Rock’ Hit ‘It’s On’

The 'HSMTMTS' campers perform the song as they're divided into two teams for Camp Shallow Lake’s annual Color War.

Could the Leeds alt-rockers be teasing a full tour after last month's stadium show? The post The Music share teaser with concert footage ahead of announcement on Monday appeared first on NME.

H.E.R. releases cover of Sly and the Family Stone’s ‘Dance to The Music’ for ‘Minions: The Rise of Gru’ soundtrack

Following Diana Ross and Tame Impala’s collaborative single ‘Turn Up The Sunshine' from the same soundtrack The post H.E.R. releases cover of Sly and the Family Stone’s ‘Dance to The Music’ for ‘Minions: The Rise of Gru’ soundtrack appeared first on NME.

The Music That Made Cyndi Lauper

From classic Broadway musicals to Joni Mitchell’s vivid songwriting to the genius of Missy Elliott, here are the sounds that shaped the pop eccentric’s life, five years at a time.

The Music Metaverse Is (Almost) Ready to Conquer the World

The technological possibilities for bringing music into the virtual world seem endless; all that's missing is an artist-driven breakout moment.

For the Record: The Music Business Doesn’t Need Calculators — It Needs Hammers

More companies than ever are pitching tools for creators and rightsholders. But are these the tools they really need?

The Music Lover’s Guide to Hulu: A Full List of Must-Watch Movies & Shows

From exclusive documentaries like 'Look at Me: XXXtentacion' to hit shows starring your favorite musicians & more, here’s what makes Hulu perfect for music fans.

The Music Biz president briefed attendees in Nashville of the positive changes made to the org since its last in-person conference in 2019.

The Music That Made R&B Rebel Swamp Dogg

The 79-year-old cult hero offers a masterclass in old-school rock’n’roll and soul while talking about the brilliance of Jackie Wilson, Louis Jordan, Sly Stone, and more.

Face The Music Now offers people a safe space to speak about their experiences The post New Foundation launched to help survivors of sexual abuse in music industry appeared first on NME.

The Music Business Hasn’t Faced its #MeToo Reckoning. A New Foundation Wants to Change That

Face the Music Now, founded by advocate and author Dorothy Carvello, focuses on helping survivors of sexual misconduct in the music business

The Music Industry Is a Sausage Fest, and This Study Proves It

The latest episode of Billboard Explains dives into the growing world of NFTs, and how it has already branched into the music industry.

A primer for artists and executives considering doing business in the metaverse.

Blockchain’s Future In The Music Business Is Inevitable, But Not Imminent

Web3 presents game-changing potential for virtually every facet of the music industry, but will it revolutionize or further fragment the business?

The Music of World Woman Hour

On March 8th, 2022, the world will hear about the stories of 60 of the world’s most influential women all told in 60 minutes. The World Woman Hour is a groundbreaking program from the World Woman Foundation, a global organization seeking an equal future for women by creating an unparalleled network of resources, community, and […]

The Music of ‘Encanto’ Is a Huge Success. The Creative Process Behind It Was Complex

As more talent flocks to Discord, the expectation is that hiring community managers will become a natural extension of an artist's team.

Plugged In: Did The Music Industry Squander Hi-Fi’s Potential?

Music and tech executives weigh in on the rollout and price cuts around high-fidelity music.

The Music Industry Saved Songwriter Hugh Prestwood From Homelessness. Is It Also Responsible for His Plight?

Prestwood wrote hits for Randy Travis and Trisha Yearwood in the Nineties, but at 79 he was forced to launch a GoFundMe campaign when he and his wife could no longer afford rent

The actor has tested positive just days after his co-star Sutton Foster also missed performances due to a breakthrough case.

The legendary mariachi and ranchera singer died at the age of 81 at a hospital in Guadalajara Sunday morning.

Proceeds from both concerts will support The Music Center’s ongoing efforts to provide free and low-cost access to arts experiences for all Angelenos.

The Music Managers Forum (MMF), meanwhile, said the move "raises all kinds of moral and legal questions" The post Caribou says Domino’s removal of Four Tet’s albums from streaming is “a desperate and vindictive act” appeared first on NME.

The Country Music Hall of Fame member will scale down considerably for "Just Garth, the Ryman and You," a pair of gigs at Nashville's Ryman Auditorium

Take the Long Road and Walk It (Live At Temple Newsam)

Welcome To The North