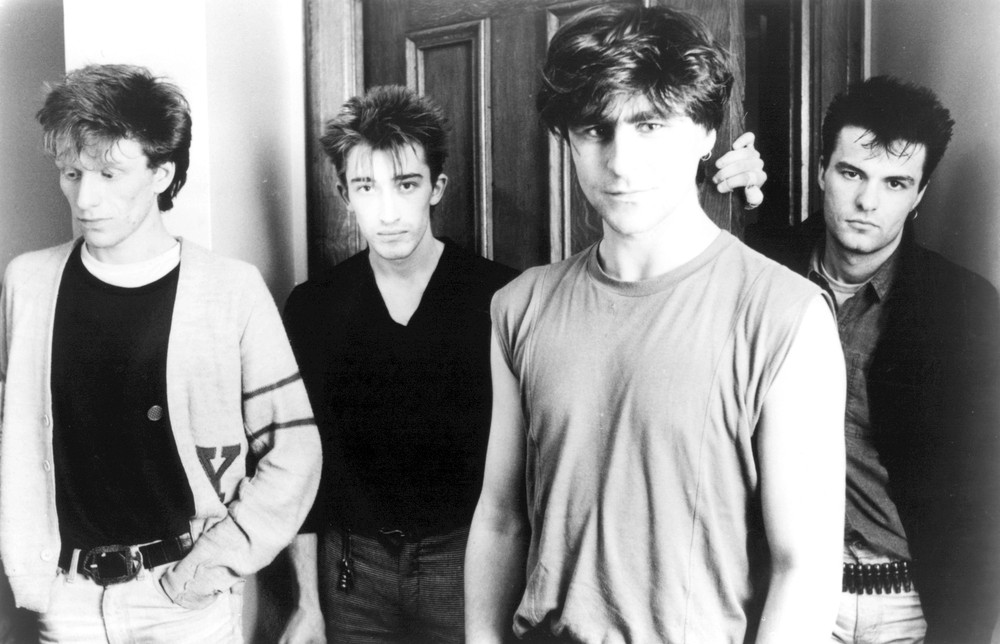 The Chameleons are an English rock band formed in Middleton, Greater Manchester in 1981. The band consisted of singer and bassist Mark Burgess, guitarists Reg Smithies and Dave Fielding, and drummer John Lever.

The band released their debut album, Script of the Bridge, in 1983. They followed it with What Does Anything Mean? Basically and Strange Times in 1985 and 1986, respectively, before abruptly disbanding in 1987 due to the sudden death of the band's manager. After the split, Burgess and Lever formed The Sun And The Moon, while Fielding and Smithies formed the Reegs. Burgess also had a short solo career with backing band the Sons of God.

The Chameleons reformed in 2000, releasing the albums Strip (2000), Why Call It Anything (2001), and This Never Ending Now (2002). Renewed tensions caused the group to separate again in 2003, and Burgess and Lever continued to play Chameleons songs live with their new project ChameleonsVox, although Lever later left that group and died in 2017. Burgess and Smithies reformed the Chameleons in 2021 with two members of Burgess' ChameleonsVox group.

Known for their atmospheric, guitar-based sound, the Chameleons are regarded as one of the most underrated Manchester bands of the 1980s. They did not attain the commercial success of other groups from the Manchester scene but developed a cult following.

Dreams in Celluloid: A Collection of Rare Recordings

What Does Anything Mean? Basically (2009 Remaster)

Live at the Academy Vol. 1

Live at The Academy Vol. 2

Live at The Academy Vol. 1

Live At The Gallery Club, Manchester, 1982

Why Call It Anything (Remastered)

Why Call It Anything

Script of the Bridge (Remastered)