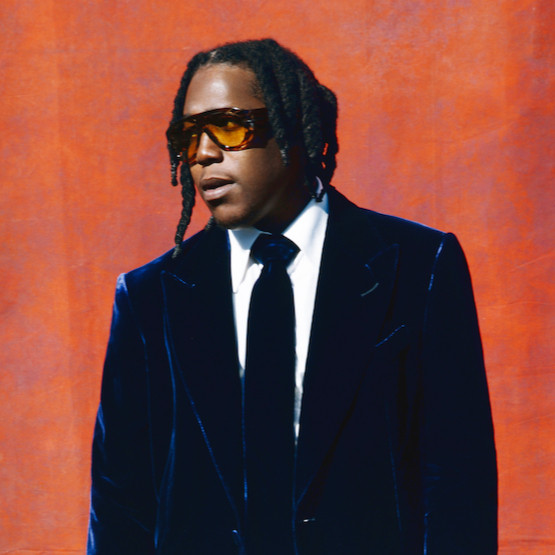 Caleb Zackery "Don" Toliver ( TOL-iv-ər; born June 12, 1994) is an American rapper, singer, and songwriter. He released his first major label mixtape, Donny Womack, in August 2018. He is known for his singles "No Idea" and "After Party", from his debut studio album, Heaven or Hell (2020), which gained popularity on the video-sharing app TikTok, as well as his August 2018 feature on fellow rapper and label-boss Travis Scott's song "Can't Say", from Scott's third studio album, Astroworld. In August 2020, he was featured alongside Nav and Gunna on the song "Lemonade" by Internet Money.

Zack Bia is in full-blown expansion mode with the release of his new song "Hardcore," which marks his debut as a producer and features Don Toliver.

Nav is taking a trip to the One Time Motel alongside Future and Don Toliver in the new video for “One Time” from Demons Protected By Angels.

From J-Hope to Metallica, Here’s How to Watch the Lollapalooza Livestream Online Free

Buying a ticket to Chicago isn't your only option to get your music fest fix this year. Here's how to watch sets from Tove Lo, Don Toliver, and some of this year's headliners from home

After marking the official return of the label last year, ICECREAM EU has once again teamed up again with Don Toliver for a second collaborative capsule.

The rapper and singer’s To the Moon World Tour features support from Don Toliver, Strick, Denzel Curry, and 070 Shake

The global 27-city headlining trek sees Kid Cudi kicking things off in Vancouver in August before later wrapping the journey in Milan in November.

Here Are the Lyrics to Justin Bieber & Don Toliver’s ‘Honest’

Follow along with the lyrics to Justin Bieber and Don Toliver's 2022 collaboration.

We want to know what your favorite music release of the week is.

BEAM “helped write this song and yeah, once again, his little pockets are crazy and I love experimenting with new pockets, new rhythms,” Bieber explains.

Justin Bieber, Don Toliver Take to the Slopes for a Snowy Adventure in ‘Honest’

It comes after the pop star teased the track with spoof video ‘I Feel Funny’ The post Justin Bieber confirms Don Toliver collaboration ‘Honest’ is set to drop later this week appeared first on NME.

“Justin randomly texted me this song one day and said ‘should we do a visual to this? song straight to number 1’,” director Cole Bennett explained The post Justin Bieber teases Don Toliver collaboration ‘Honest’ with goofy video for ‘I Feel Funny’ appeared first on NME.

Before dropping off his track "Honest" with Don Toliver, Justin Bieber shared the Cole Bennett-directed video for his new song "I Feel Funny."

Don Toliver makes a cameo in the clip, which sees Bieber bouncing around a trailer back of house.

The highly sought after producer says he's also sitting on full album's worth of material by Roddy Ricch and Don Toliver The post Hit-Boy says he’s done half an album’s worth of music with Snoop Dogg appeared first on NME.

Don Toliver’s ‘Life of a Don’ Debuts at No. 1 on Top Album Sales Chart

Don Toliver’s ‘Life of a Don’ Launches at No. 2 on Top R&B/Hip-Hop Albums Chart

The rapper collects his highest-charting project on the genre's main albums chart as Life of a Don starts at No. 2 with 68,000 units in its debut week.

Drake returns to No. 1 on the Billboard Artist 100 chart (dated Oct. 23) for a 36th total week on top, ruling as the biggest musical act in the U.S. thanks to the continued success of his latest LP, Certified Lover Boy.

Wale's Folarin II and PinkPantheress' To Hell With It debut in the Top Five.

Don Toliver Charts Familiar Terrain on ‘Life of a Don’

Rapper-singer gestures at something resembling an interiority, but stops short of offering any sense of how he actually feels

Listen to 10 new must-hear songs from emerging hip-hop and R&B artists like Don Toliver, Lute and Jordan Ward, all released within the last week.

From Jesy Nelson and Nicki Minaj's collab to Justin Bieber's new single, which new music release have you been playing? Vote!

Life of a DON

Clap (From Road To Fast 9 Mixtape)

Back Up (feat. Wiz Khalifa)