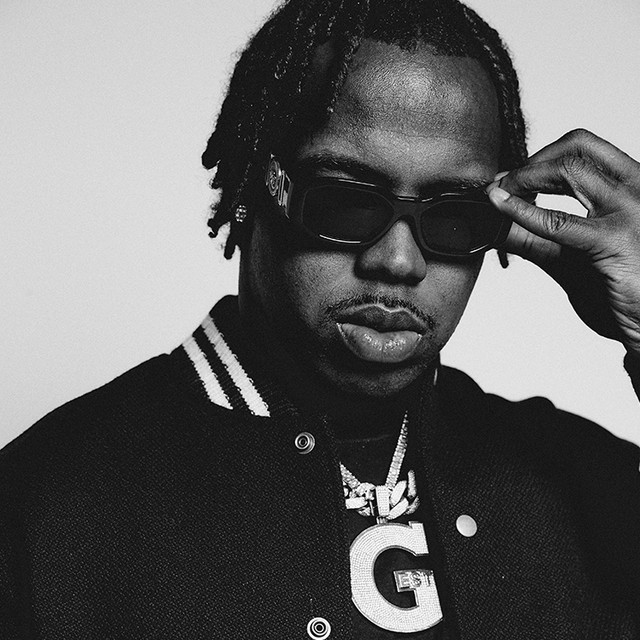 George Albert Stone III (born May 11, 1994), known professionally as EST Gee, is an American rapper. He is signed to Yo Gotti's Collective Music Group (CMG), Interscope Records and Warlike. His fifth mixtape, Bigger Than Life or Death, released on July 21, 2021, and peaked at number 7 on the Billboard 200. It spawned the Billboard Hot 100-charting songs "Lick Back" and "5500 Degrees". A deluxe edition of the mixtape was released on December 3, 2021. He played college football at Stephen F. Austin.

After a series of promising song releases, CMG labelmates 42 Dugg and EST Gee have shared their anticipated collaborative project 'Last Ones Left​​​​​​​.'

EST Gee Teases Potential Jack Harlow Collab Project: 'Jack Could Drop a Tape With Me and Him. He Is'

EST Gee talks to Apple Music 1 about how Jack Harlow impacted his career, and revealed that a collab project between the two might be on the way.

42 Dugg and EST Gee shared the bass-heavy new song "Thump Sh*t” and revealed the release date and cover art for their collaborative project 'Last Ones Left.'

Listen to EST Gee and 42 Dugg’s “Free the Shiners” : The Ones

42 Dugg and EST Gee have dropped off their song and accompanying video for "Free the Shiners," the first track from their joint project 'Last Ones Left.'

“I always wanted to work with an artist from the West Coast," Gotti said.

No matter the coast, the new music dropping this week is fire. Continue reading…

EST Gee Is Having a Breakout Year, So Why Is He So Apathetic?

Plus more highs and lows from the world of rap this week, including must-hear tracks by BabyxSosa, EBK JaayBo, and WTM Milt.

Listen to 10 new must-hear songs from emerging hip-hop and R&B artists like EST Gee, YN Jay, TOBi and more, all released within the last week.

Lil Baby Is as ‘Real as It Gets’ in New Music Video, Featuring EST Gee

Lil Baby Shares Video for New Song “Real As It Gets”: Watch

Bigger Than Life Or Death (Deluxe)

Bigger Than Life Or Death Part 2

Bigger Than Life Or Death

Real As It Gets (feat. EST Gee)