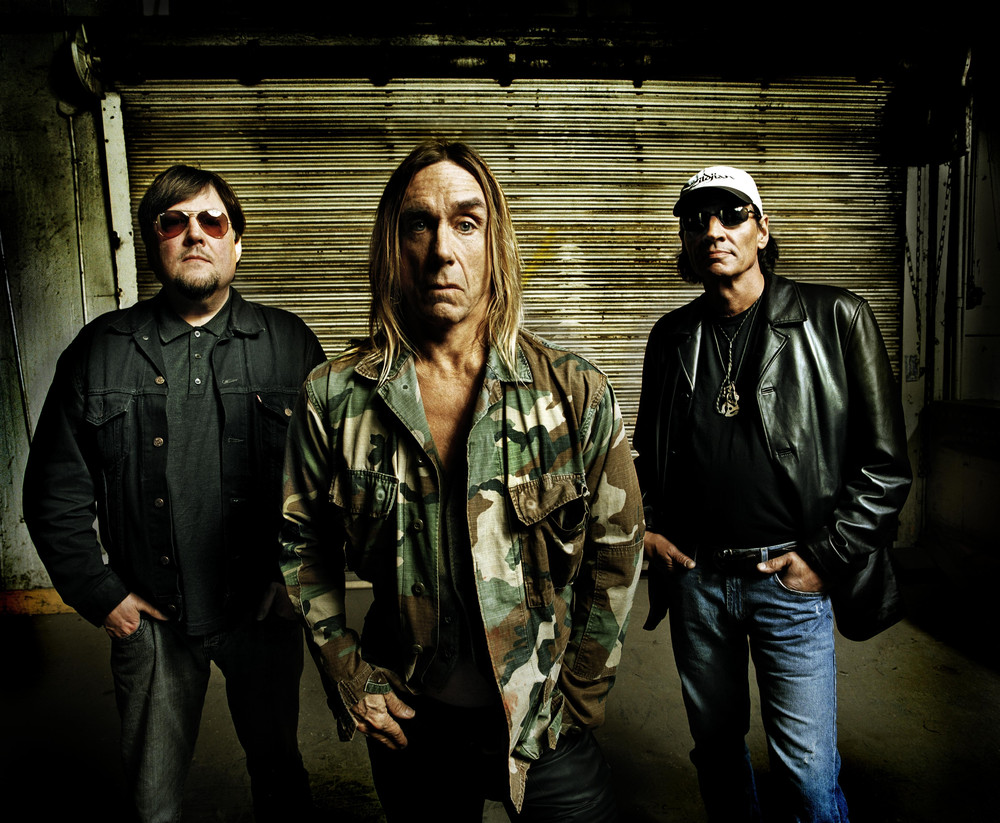 The Stooges, originally billed as the Psychedelic Stooges, also known as Iggy and the Stooges, were an American rock band formed in Ann Arbor, Michigan in 1967 by singer Iggy Pop, guitarist Ron Asheton, drummer Scott Asheton, and bassist Dave Alexander. Initially playing a raw, primitive style of rock and roll, the band sold few records in their original incarnation and gained a reputation for their confrontational performances, which often involved acts of self-mutilation by Iggy Pop.After releasing two albums—The Stooges (1969) and Fun House (1970)—the group disbanded briefly, and reformed with a slightly altered lineup (with Ron Asheton replacing Dave Alexander on bass and James Williamson taking up guitar) to release a third album, Raw Power (1973), before breaking up again in 1974. The band reunited in 2003 with Ron Asheton moving back to guitar and Mike Watt on bass, and the addition of saxophonist Steve Mackay, who had played briefly with the 1973-1974 lineup. Ron Asheton died in 2009, replaced by James Williamson, and the band continued to play shows until 2013, also releasing their last album, Ready to Die. The Stooges formally announced their breakup in 2016 due to the deaths of Scott Asheton and saxophonist Steve Mackay.

The Stooges are widely regarded as a seminal proto-punk act. The band was inducted into the Rock and Roll Hall of Fame in 2010. In 2004, Rolling Stone ranked them 78th on their list of the 100 greatest artists of all time. In 2007 they were awarded the Mojo Lifetime Achievement award at the Mojo Awards.

The acoustic track features on the deluxe version of 'Dance Fever' The post Listen to Florence + The Machine’s cover of The Stooges’ ‘Search And Destroy’ appeared first on NME.

Trusova picked up the silver medal this week at the 2022 Winter Olympics The post Watch Olympic ice skater Alexandra Trusova skate to The Stooges’ ‘I Wanna Be Your Dog’ appeared first on NME.

Willcox brought a toy bone to this week's Sunday Lunch video The post Watch Robert Fripp and Toyah Willcox cover The Stooges ‘I Wanna Be Your Dog’ appeared first on NME.

A Fire Of Life

I Wanna Be Your Dog

Highlights From the Funhouse Sessions

Have Some Fun: Live at Ungano's

Live At Lollapalooza 2007: Iggy & The Stooges

I'm Sick Of You