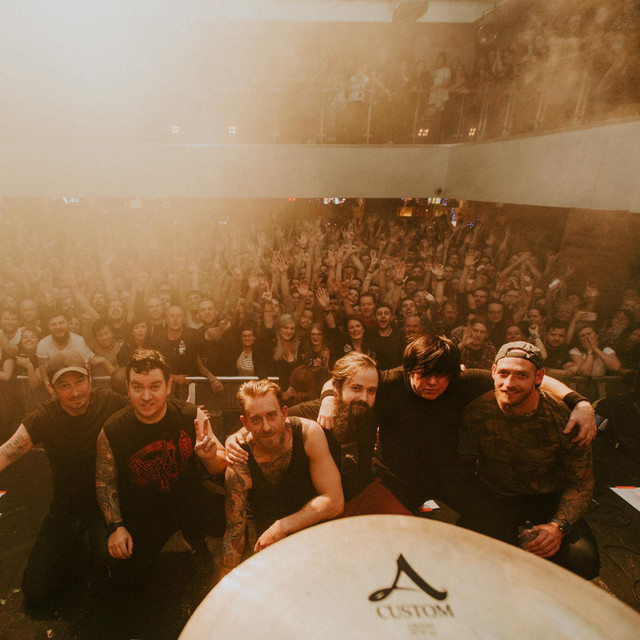 Funeral for a Friend's popularity rose in the United Kingdom with the release of their debut album, Casually Dressed & Deep in Conversation (2003). Achieving both a gold certification and three top-twenty singles in their home country, Casually Dressed & Deep in Conversation is often acclaimed as one of the landmark emo records of the 2000s. Hours (2005) featured a similar musical style to their debut, but also featured more melodic sensibilities, and Tales Don't Tell Themselves (2007) showed an evolution in Funeral for a Friend's musical style from that which defined their debut, as the group began to diverge from their use of screaming vocals and post-hardcore-influenced guitars, favoring a more melodic rock influence. These albums achieved gold and silver sales certificates respectively in the UK.

Funeral for a Friend self-released their fourth album, Memory and Humanity (2008) through their short-lived record label Join Us, the album arguably being their most eclectic to date. Following this the band tied themselves to other independent labels for Welcome Home Armageddon (2011) Conduit (2013), and Chapter and Verse (2015), which showed the band returning to the more metal and hardcore-influenced the style of their earlier work. In September 2015, they announced their break-up and final tour in 2016. On 21 May 2016, they played their last performance to a sold-out Forum in London.

In October 2019 Funeral for a Friend reunited as a live band, initially for three benefit shows – two in Cardiff at the Cardiff University Student Union followed by one in London at Shepherd's Bush Empire. Following a planned performance at the canceled 2020 Download Festival, they announced a headline UK tour for April 2021 playing songs from their first three albums.

You've Got a Bad Case of the Religions

Between Order and Model

See You All in Hell

Seven Ways To Scream Your Name