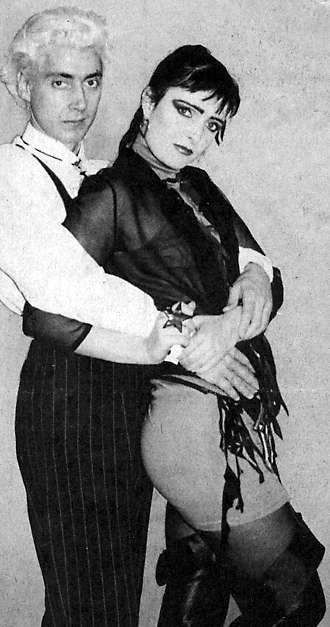 The Creatures were an English band formed in 1981 by vocalist Siouxsie Sioux and drummer Budgie of the group Siouxsie and the Banshees. The Creatures released their first EP Wild Things in 1981. They recorded four studio albums: Feast in 1983, Boomerang in 1989, Anima Animus in 1999 and Hái! in 2003.

With Feast, the band dabbled in exotica. On Boomerang, they added a Spanish-tinged vibe to their music, with elements of flamenco, blues and jazz. In the late 1990s, they developed a more urban sound; The Times then described their music as "adventurous art rock built around Siouxsie's extraordinary voice and drummer Budgie's battery of percussion". In their last work, they returned to their roots while heading east, with an ode to Japanese minimalism. They disbanded in 2005.

Their music was praised by Jeff Buckley, PJ Harvey, Anohni, and name-checked by Neil Hannon of the Divine Comedy.