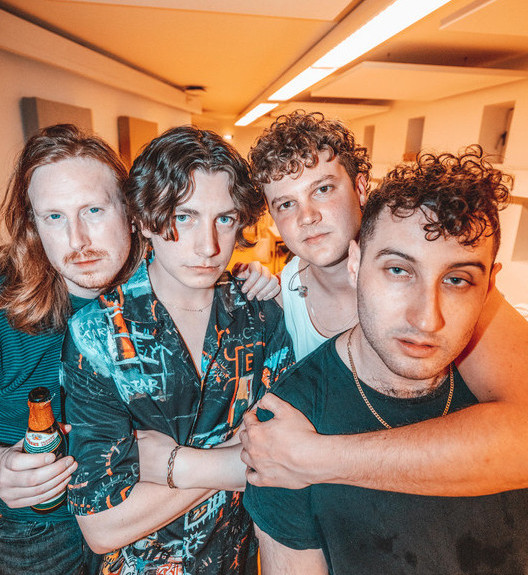 Sea Girls are an English indie rock band formed in London in 2015, comprising four members: Henry Camamile (vocals, guitar), Rory Young (lead guitar), Andrew Dawson (bass), and Oli Khan (drums).The band are known for their indie anthems and energetic live shows. Their first release under Polydor, "Damage Done", was released on 7 May 2019. Their debut single, "Call Me Out", was released on 1 June 2017, followed by their debut EP of the same name on 8 June 2017. They released their second EP Heavenly War on 4 January 2018. Adored, the band's third EP, was released on 5 June 2018. Their first EP under Polydor, Under Exit Lights, was released on 6 March 2020. They have released two studio albums: Open Up Your Head (2020) and Homesick (2022), both charted within the UK Top 10.

The song, which "ponders belonging and identity", was originally released as part of this year's Record Store Day The post Listen to Sea Girls’ celebratory new single ‘DNA’ appeared first on NME.

She beat off ArrDee and Sea Girls to reach the summit  The post Charli XCX scores her first ever UK Number One album with ‘Crash’ appeared first on NME.

Listen to Sea Girls’ emotive new single ‘Sleeping With You’

"It’s about not letting yourself love anyone else" The post Listen to Sea Girls’ emotive new single ‘Sleeping With You’ appeared first on NME.

"'Hometown' is about people I knew growing up that aren't around anymore" The post Check out Sea Girls’ soaring new single, ‘Hometown’ appeared first on NME.

It is about "trying to personify the intensity and rush of life’s excesses" The post Listen to Sea Girls’ soaring new song ‘Again Again’ appeared first on NME.

Sea Girls launch new album with ‘Sick’: “It’s basically me listing everything I’m pissed off with”

Frontman Henry Camamile tells us about how a return home laid the foundations for their “grown up album” ‘Homesick’ The post Sea Girls launch new album with ‘Sick’: “It’s basically me listing everything I’m pissed off with” appeared first on NME.

This Is The End

Open Up Your Head

All I Want To Hear You Say

Do You Really Wanna Know?

Call Me Out (Acoustic)

Call Me Out EP