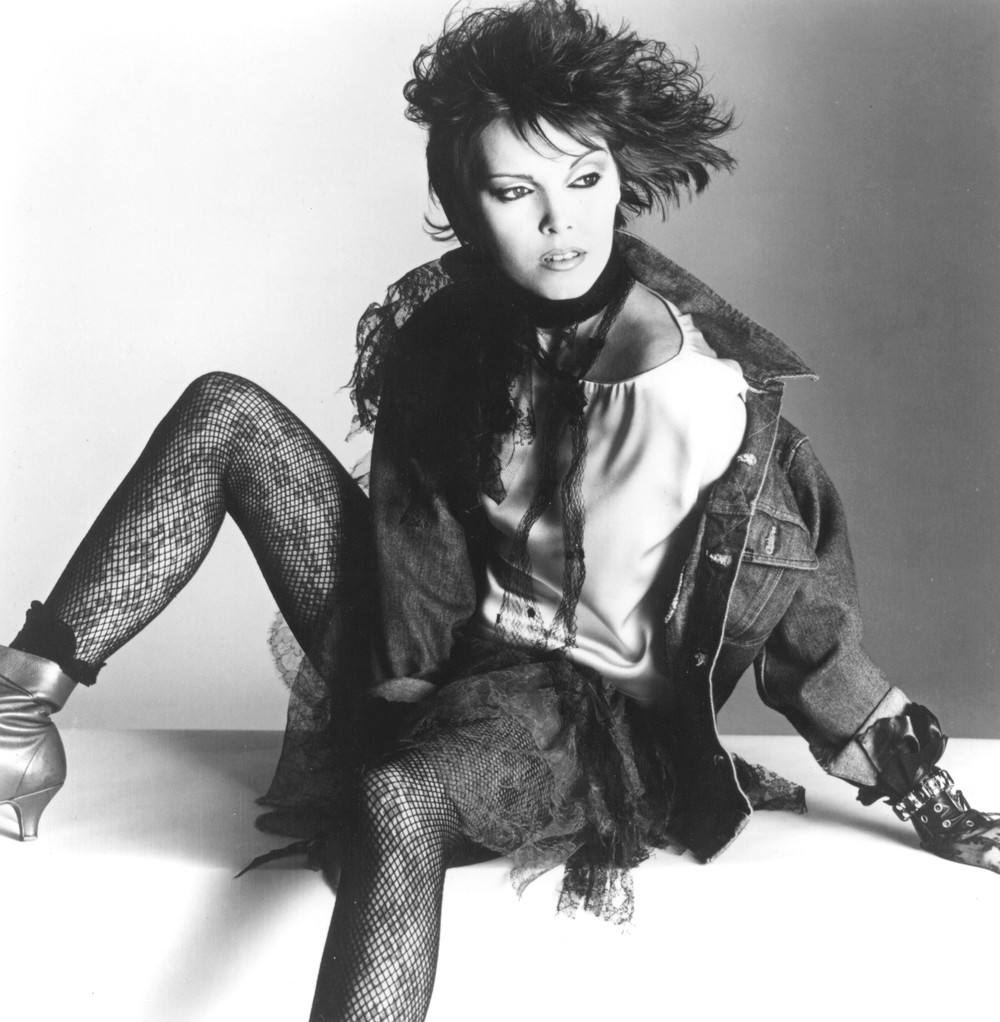 Patricia Mae Giraldo (née Andrzejewski, formerly Benatar; born January 10, 1953), known professionally as Pat Benatar, is an American rock singer and songwriter. In the United States, she has had two multi-platinum albums, five platinum albums, and 15 Billboard top 40 singles, while in Canada she had eight straight platinum albums, and she has sold over 35 million albums worldwide. She is also a four-time Grammy Award winner. She will be inducted into the Rock and Roll Hall of Fame in November 2022.

Her 1979 debut album, In the Heat of the Night, was her breakthrough in North America, especially in Canada where it reached No. 3 on the album chart. Two singles from it were hits: "Heartbreaker" and "We Live for Love", the latter written by her lead guitarist and future husband, Neil Giraldo. Her second album, 1980's Crimes of Passion, was her most successful work, peaking at No. 2 in North America and France, being certified 4× and 5× platinum in the US and Canada, respectively. Its single "Hit Me with Your Best Shot" reached the top 10 in the US and Canada and is considered to be her best-known song. Her third album, Precious Time (1981), was another success, topping the US Album Chart and becoming her first top 10 album in Australia. Its single "Fire and Ice" charted highly in the US and Canada. Her next release, Get Nervous (1982), sold less well than her previous two albums, but did include the North American hit "Shadows of the Night".

Her sound began to move towards more atmospheric pop in 1983. The single "Love Is a Battlefield" (1983) written by Holly Knight and Mike Chapman was her biggest hit in most countries, reaching No. 1 in the Netherlands, Australia and on the US Rock Tracks chart, and No. 5 on the US Hot 100. The live album it came from Live from Earth, was her biggest seller in Australia, Germany and the Netherlands. In 1984, she released Tropico and its lead single "We Belong", which reached the top 10 in several countries, including No. 5 on the US Hot 100.

Her 1985 album, Seven the Hard Way, sold less well but it yielded two singles harking back to the rock vein: "Invincible", written by Holly Knight and Simon Climie, a top 10 hit in North America, and "Sex as a Weapon". Her follow-up, Wide Awake in Dreamland (1988), marked a resurgence in sales in Canada and Australia, and was her biggest hit in the UK. Its rocker, "All Fired Up", was a significant hit in Canada, Australia and the US. She released four additional albums between 1991 and 2003.

"You have to draw the line" The post Pat Benatar will no longer perform ‘Hit Me With Your Best Shot’ due to mass shootings appeared first on NME.

"The fans put in so much effort and time into this Hall of Fame," Giraldo says of the campaign to get Benatar into the Rock Hall.

"This day is so intense," Benatar tells Billboard by phone from Los Angeles. "Your phone blows up, Facebook, all your social media blows up."

The Rock & Roll Hall of Fame Reveals Class of 2022

The Rock & Roll Hall of Fame Class of 2022 will be revealed in May The post Eminem, Duran Duran and Pat Benatar top Rock Hall fan ballot appeared first on NME.

Dancing Through The Wreckage (From "Served Like a Girl")

In The Heat Of The Night