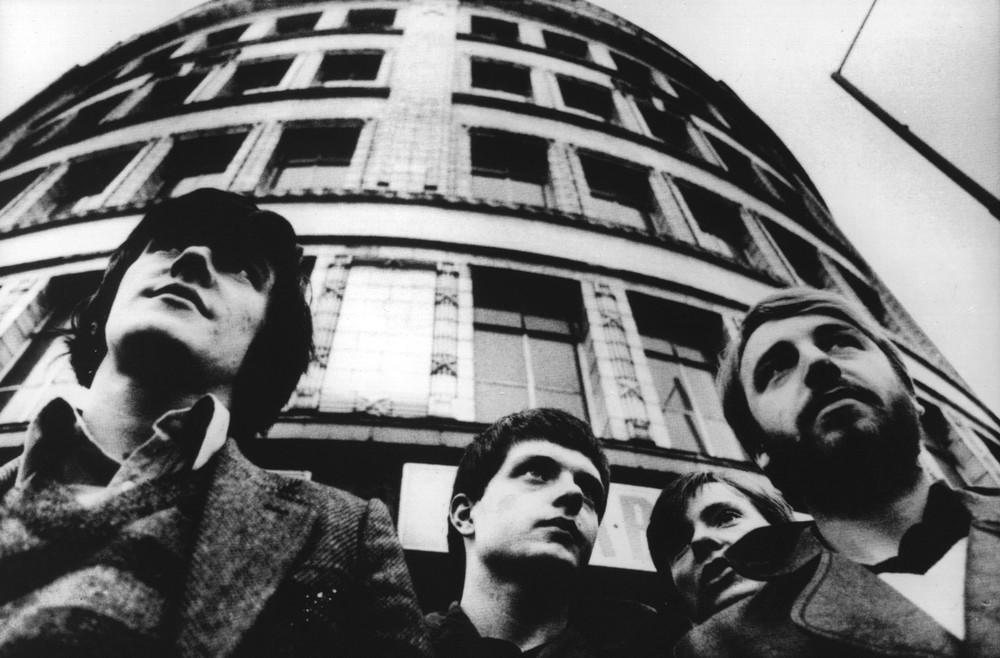 Sumner and Hook formed the band after attending a Sex Pistols concert. While Joy Division's first recordings were heavily influenced by early punk, they soon developed a sparse sound and style that made them one of the pioneers of the post-punk movement. Their self-released 1978 debut EP An Ideal for Living drew the attention of the Manchester television personality Tony Wilson, who signed them to his independent label Factory Records. Their debut album Unknown Pleasures, recorded with producer Martin Hannett, was released in 1979.

Curtis had personal problems and health conditions, including a failing marriage, depression, and epilepsy. As the band's popularity grew, Curtis's condition made it increasingly difficult for him to perform; he occasionally experienced seizures on stage. He died by suicide on the eve of what would have been the band's first US/Canada tour in May 1980, aged 23. Joy Division's second and final album, Closer, was released two months later; it and the single "Love Will Tear Us Apart" became their highest-charting releases.

Between July and October 1980 the remaining members regrouped under the name New Order. They were successful throughout the next decade, blending post-punk with electronic and dance music influences.

Aitch addresses mural of Joy Division’s Ian Curtis being painted over for album ad: “Getting fixed as we speak”

"This is the first time I've heard of this," the rapper wrote. "No way on earth would I want to disrespect a local hero like Ian" The post Aitch addresses mural of Joy Division’s Ian Curtis being painted over for album ad: “Getting fixed as we speak” appeared first on NME.

It promises to be "a national collection dedicated to the preservation and research of popular culture" The post Joy Division, Sex Pistols and more to feature in new British Pop Archive in Manchester appeared first on NME.

The 2007 film was directed by Anton Corbijn The post Peter Hook says Joy Division biopic ‘Control’ was “too accurate” appeared first on NME.

The 'Matrix' actor also shared a few other favourite things of his The post Joy Division’s ‘Love Will Tear Us Apart’ is Keanu Reeves’ favourite song appeared first on NME.

The band played their first of 20 shows at the venue, and their first gig in over three years, last night (November 23) The post Watch LCD Soundsystem cover Joy Division and play rarities as Brooklyn Steel residency begins appeared first on NME.

Peter Hook & The Light concerts will take to the road across the United States and Canada in August and September 2022 for the tour “Joy Division: A Celebration," honoring the iconic British rock and new wave band.

Shows will feature full performances of Unknown Pleasures and Closer, plus some New Order tracks

It comes after Music Declares Emergency launched a t-shirt campaign earlier this year with the logo The post Joy Division’s ‘Unknown Pleasures’ artwork has been turned into a climate mural appeared first on NME.

The shirt is now available from Music Declares Emergency for the Turn Up The Volume campaign The post Peter Saville reworks Joy Division’s iconic ‘Unknown Pleasures’ for new No Music On Dead Planet t-shirt appeared first on NME.

Both Hook and his son Jack contribute bass The post Watch Peter Hook and son team up with Smashing Pumpkins’ guitarist for Joy Division cover appeared first on NME.

Love Will Tear Us Apart