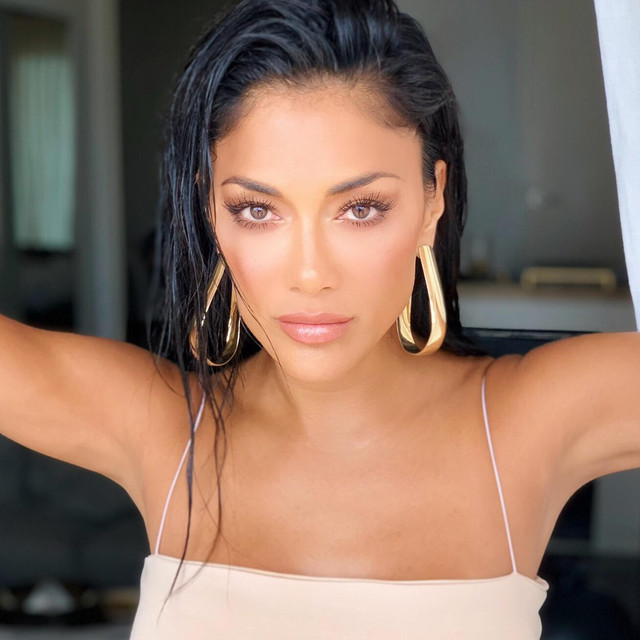 Nicole Scherzinger (; born Nicole Prascovia Elikolani Valiente;) is an American singer, songwriter, dancer, actress, and television personality. She is best known as the lead singer of the Pussycat Dolls, one of the best-selling girl groups of all time.

Born in Honolulu, Hawaiʻi, and raised in Louisville, Kentucky, Scherzinger began acting at the age of 14 and studied musical theatre at Wright State University. Aspiring to pursue a career in music, Scherzinger dropped out of college and toured with the American rock band Days of the New before finding modest success with Eden's Crush, a girl group created through The WB's Popstars. After taking on some minor acting roles, Scherzinger became the lead singer of the Pussycat Dolls. The prominence of her role in the group was a point of contention within it, and eventually contributed to its dissolution in 2009. Despite mainstream recognition, Scherzinger has struggled to carve out a successful singing career outside the group. She shelved her first attempt with her debut EP, Her Name is Nicole, and went on to release two studio albums (Killer Love in 2011 and Big Fat Lie in 2014) that were moderately successful. (Killer Love includes the hit singles "Poison", "Right There", and "Don't Hold Your Breath".)

During her career to date, Scherzinger has sold over 16 million records as a solo artist and has received nominations for a Grammy and a Laurence Olivier Award. Her other ventures include clothing lines and a fragrance, as well as serving as an ambassador for the Special Olympics and as a supporter of UNICEF UK.

‘The X Factor’ Reveals Unseen Footage of One Direction’s Formation

Dimitri Vegas swaps Like Mike for David Guetta on ‘The Drop,’ with Azteck and Nicole Scherzinger

The now-scrapped U.K. arena tour had been on hold since the outbreak of the coronavirus pandemic.

The band were set to head out on a 10-date arena tour in May The post Pussycat Dolls claim Nicole Scherzinger cancelled tour without telling them appeared first on NME.

The singer was sued last week by the founder of the group for allegedly threatening to walk away from their upcoming reunion plans The post Nicole Scherzinger hits back at “ludicrous and false” Pussycat Dolls lawsuit appeared first on NME.

Scherzinger is allegedly refusing to participate in a planned reunion tour unless she is granted a majority share and "complete creative control" The post Nicole Scherzinger sued by Pussycat Dolls founder over reunion appeared first on NME.

The founding choreographer of The Pussycat Dolls, Robin Antin, filed a lawsuit against Nicole Scherzinger on Friday (Sept. 3) for threatening to walk away from their reunion tour.

Right There (The Remixes)

Don't Hold Your Breath (The Remixes)