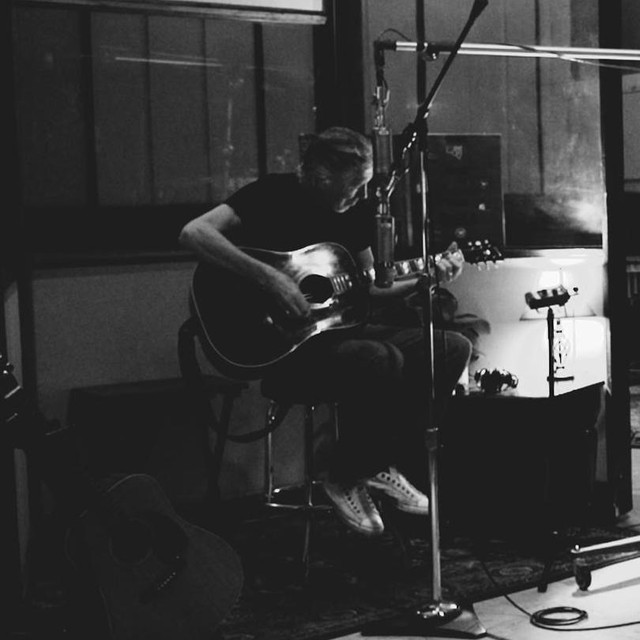 George Roger Waters (born 6 September 1943) is an English musician, singer-songwriter and composer. In 1965, he co-founded the progressive rock band Pink Floyd. Waters initially served solely as the bassist, but following the departure of singer-songwriter Syd Barrett in 1968, he also became their lyricist, co-lead vocalist, conceptual leader and occasional rhythm guitarist until 1983.

Pink Floyd achieved international success with the concept albums The Dark Side of the Moon (1973), Wish You Were Here (1975), Animals (1977), The Wall (1979), and The Final Cut (1983). By the early 1980s, they had become one of the most critically acclaimed and commercially successful groups in popular music. Amid creative differences, Waters left in 1985 and began a legal dispute over the use of the band's name and material. They settled out of court in 1987.

In 1990, Waters staged one of the largest rock concerts in history, The Wall – Live in Berlin, with an attendance of 450,000. As a member of Pink Floyd, he was inducted into the US Rock and Roll Hall of Fame in 1996 and the UK Music Hall of Fame in 2005. Later that year, he reunited with Pink Floyd bandmates Nick Mason, Richard Wright, and David Gilmour for the Live 8 global awareness event, the group's only appearance with Waters since 1981. He has toured extensively as a solo act since 1999; he performed The Dark Side of the Moon in its entirety for his world tour of 2006–2008, and the Wall Live tour of 2010–2013 was the highest-grossing tour by a solo artist at the time.

The former Pink Floyd leader is currently touring North America with his new show, ‘This Is Not A Drill’ The post Roger Waters defends branding Joe Biden as a war criminal: “He’s fuelling the fire in the Ukraine” appeared first on NME.

Roger Waters Offers His Thoughts on Drake and The Weeknd: ‘I Am Far, Far, Far More Important’

"There is stuff going on here that is fundamentally important to all of our lives," the former Pink Floyd rocker said.

Roger Waters hits out at The Weeknd and Drake: “I am far, far, far more important than any of them will ever be”

In a new interview, the Pink Floyd man complained that a publication was set to review The Weeknd's show in Toronto instead of his The post Roger Waters hits out at The Weeknd and Drake: “I am far, far, far more important than any of them will ever be” appeared first on NME.

Roger Waters Rocks Pink Floyd Classics Including ‘Another Brick in the Wall’ on ‘Colbert’: Watch

The former Pink Floyd member took the 'Late Show's' audience back to 1979.

The former Pink Floyd frontman played 'Another Brick In The Wall Pts. 2 & 3' and 'The Happiest Days Of Our Lives' The post Watch Roger Waters play a medley of Pink Floyd songs on ‘Colbert’ appeared first on NME.

Roger Waters Tears Through a Classic ‘Wall’ Medley on ‘Colbert’

Bassist performed Pink Floyd's "The Happiest Days of Our Lives” and “Another brick in the Wall Pts. 2 & 3"

Watch Roger Waters Perform “Another Brick in the Wall” on Colbert

"I will do everything in my power to help bring peace back to you and your family and your beautiful country," he writes to Ukrainian fan

The frontman previously hit out at Roger Waters “and his Nazi comrades” for the latter’s 2019 boycott The post Disturbed’s David Draiman “doesn’t give a shit” if he alienates people with pro-Israel comments appeared first on NME.

Saxophonist Mel Collins on His Years With King Crimson, the Rolling Stones, and Roger Waters

The veteran sideman talks mending fences with Robert Fripp after a 40-year rift, getting snubbed by Keith Richards, randomly ending up on Bob Dylan's Desire, and more

Waters claimed last month that some bandmates were "always trying to drag" him down The post Pink Floyd’s Nick Mason “flabbergasted” that Roger Waters felt bullied within the band appeared first on NME.

Roger Waters just furiously denied Facebook the use of "Another Brick in the Wall, Part 2," but a Pink Floyd song was once used to sell fruit

Waters called Mark Zuckerberg "one of the most powerful idiots in the world" The post Roger Waters tells Facebook “no fucking way” after request to use ‘Another Brick In The Wall’ in new ad appeared first on NME.

"We call for you to join us with your name in refusing to perform at Israel’s complicit cultural institutions," over 600 artists - including Run the Jewels, Patti Smith and the Roots' Black Thought and Questlove - write

AEG Presents/Concerts West has announced the new dates for Roger Waters' This Is Not a Drill tour for the summer of 2022.

Is This The Life We Really Want?

Pros and Cons: The Interviews

To Kill The Child / Leaving Beirut

In the Flesh - Live

The Wall: Live In Berlin

The Pros And Cons Of Hitch Hiking