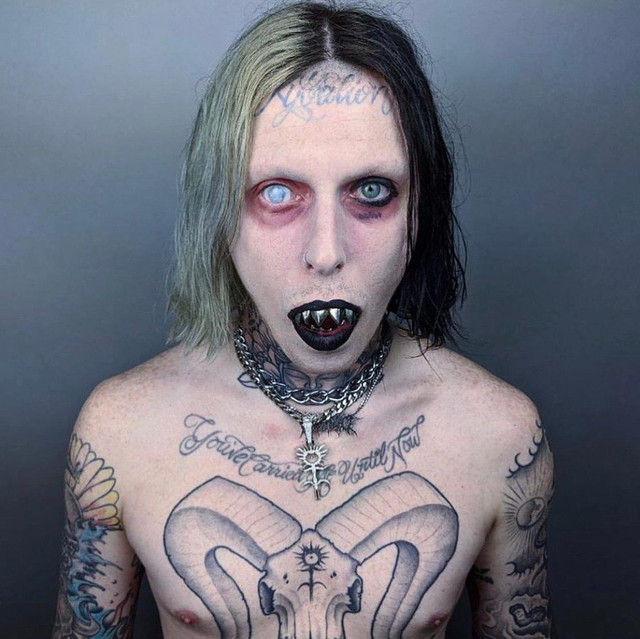 Eric Whitney (born April 15, 1991), known professionally as Ghostemane or Eric Ghoste, is an American rapper, singer, and songwriter. He has released eight solo albums and three collaborative albums under his Ghostemane moniker, primarily merging elements of heavy metal, hip hop and industrial music. Whitney has also released music with a number of additional solo projects, pursuing styles including black metal as Baader-Meinhof, noise music as GASM, and electronic music as Swearr. He began his career in local hardcore punk and doom metal bands around Florida. In 2015, he moved to Los Angeles, California, starting a career as a rapper, under the moniker Ill Bizz. Around this same time, he was a member of the hip hop collective Schemaposse.Ghostemane's merging of trap and metal gained him popularity on SoundCloud. In 2018, Ghostemane released his seventh studio album, N/O/I/S/E, which was highly anticipated in the underground music scene due to its heavy influence from industrial and nu metal.

Blood Oceans (How Many?)

Don't Judge a Corpse by It's Toe Tag

For the Aspiring Occultist