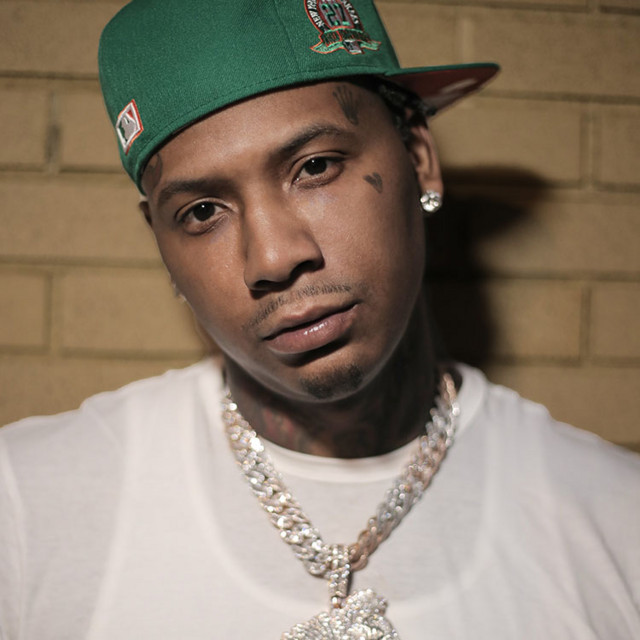 DeMario DeWayne White Jr. (born September 22, 1991), known professionally as Moneybagg Yo, is an American rapper. He is signed to fellow Memphis rapper Yo Gotti's record label, Collective Music Group (CMG), in a joint venture deal with Interscope Records. His first two projects to debut in the Top 20, Federal 3X (2017) and 2 Heartless (2018), debuted at No. 5 and No. 16 on the Billboard 200, respectively. His third album, Time Served, debuted at number 3 on the Billboard 200 in January 2020, while his fourth album, A Gangsta's Pain, was released in April 2021 and became his first chart-topping project.

With a new project expected to be on the horizon, Trippie Redd releases a new collaboration featuring Offset and Moneybagg Yo and titled "Big 14."

Yo Gotti's CMG imprint celebrated the announcement of its forthcoming compilation album, due July 15, by releasing a new single and video "Steppas."

Moneybagg Yo Celebrates His Cameraman’s Graduation, Says He Paid $250 for A’s and $100 for B’s Throughout College

Moneybagg Yo's photographer is being celebrated for graduating college, with the rapper revealing he's been compensating the cameraman for earning good grades.

CMG has dropped off a new track titled "Big League" with Yo Gotti, Moneybagg Yo, Mozzy, and Lil Poppa. The track was produced by Murda Beatz.

The Best New Music This Week: M.I.A., Chance the Rapper, Moneybagg Yo, and More

Moneybagg Yo has returned with the new song and video for "See Wat I'm Sayin," arriving on the heels of his Kodak Black collaboration, "Rocky Road."

5 Things You Didn’t Know About Moneybagg Yo | Billboard

Moneybagg Yo shares five interesting facts about himself while on the set of his Billboard cover shoot.

Mary J. Blige has dropped off the deluxe version of her album 'Good Morning Gorgeous,' featuring new tracks with Griselda, Jadakiss, Moneybagg Yo, and more.

Including singles “G-Lock” with Moneybagg Yo, “Pump 101” with Still Brickin’, “What You Reckon” with B Lovee, “Hold It Down”, and “Main Road”.

YG, Moneybagg Yo Rob a Bank With ‘Scared Money’ on ‘Fallon’

RealRed Speaks on Working as an Engineer for Moneybagg Yo

RealRed speaks to XXL about his engineer and producer career working with Moneybagg Yo and more. Continue reading…

Moneybagg Yo Savors His Success

Rolling Loud ticket-holders were treated to a healthy load of performances by Polo G, Moneybagg Yo, 42 Dugg and more, but the highlights of Day 1 went to three artists who were looking to make a statement.

Polo G Is Eligible for Best New Artist at 2022 Grammys, Morgan Wallen Is Not

Polo G, Moneybagg Yo and YoungBoy Never Broke Again are eligible in the best new artist category at the 2022 Grammy Awards, but Morgan Wallen and Bo Burnham are not.

Memphis rapper Big30 has entered into a deal with N-Less Entertainment and Moneybagg Yo's Bread Gang Entertainment, in partnership with Interscope Records.

Moneybagg Yo Scores First R&B/Hip-Hop Airplay No. 1 With ‘Wockesha’

Moneybagg Yo caps a steady radio rise in the past year with his first No. 1 on Billboard’s R&B/Hip-Hop Airplay chart as “Wockesha” advances from No. 3 to lead the list dated Aug. 28.

Moneybagg Yo Interview: New Movie, Yo Gotti's Advice and More

Read Moneybagg Yo's exclusive interview about his executive aspiration, goals outside of music, his vision for his kids and more. Continue reading…

Moneybagg Yo catches a big milestone in his career with his first No. 1 on the Rap Airplay list and already has another single on the way.

Learning to Appreciate Moneybagg Yo

Plus more highs and lows from the world of rap this week, including the return of Rolling Loud and Lil Baby’s dubious new nickname.

WIG (with Moneybagg Yo)

Pussy Power (with Moneybagg Yo) [Remix]

Rookie Of The Year

Split It (feat. Moneybagg Yo)

Don't Even Trip (feat. Moneybagg Yo)

Money Bags From The Trap

All Gas No Brakes

ELO: Everybody Lives On