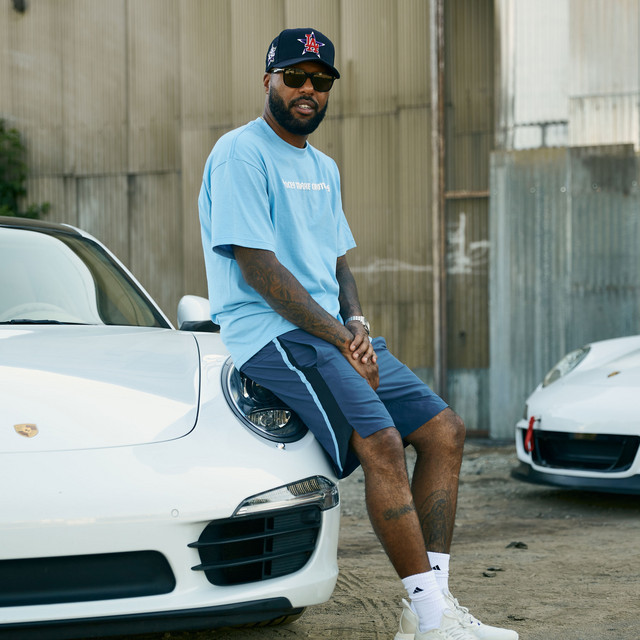 Dominic Ross Hunn (born August 22, 1984), better known by his stage name Dom Kennedy, is an American rapper from Leimert Park, Los Angeles, California. Since 2008, Kennedy has released 5 independent mixtapes, most notably his 2010 critically acclaimed mixtape From the Westside with Love. His first commercial studio album From the Westside with Love II was released on iTunes June 28, 2011. Despite it being his iTunes debut, FTWSWL2 received "a top 10 spot on Hip Hop/Rap albums chart during its release week" and was Kennedy's first album associated with The OpM Company, Kennedy's self-established record label. His song "My Type of Party" was ranked by Complex at #43 in the magazine's Best 50 Songs of 2012 list.

Fresh off the release of ‘From the Westside with Love Three,’ the LA rap luminary looks back on his independent beginnings before hinting at what’s to come.

From the Westside With Love Three

Los Angeles Is Not for Sale, Vol. 1

My Type of Party

Il: From the Westside, With Love