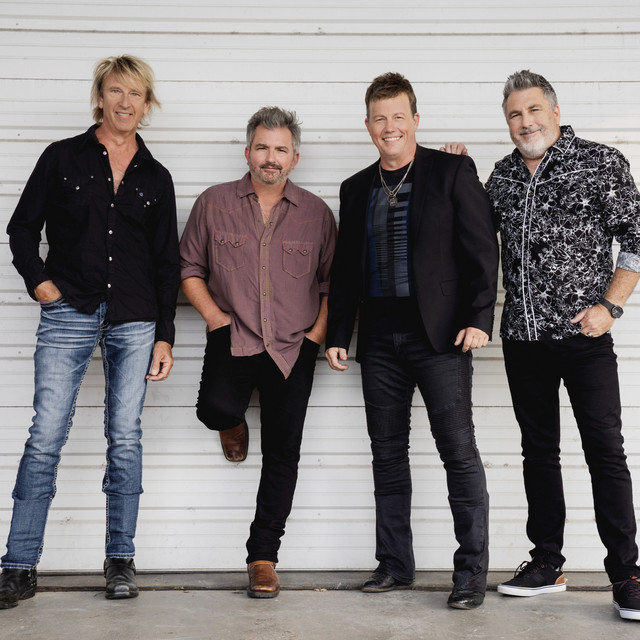 Lonestar (formerly known as Texassee) is an American country music group from Nashville, Tennessee. The group consists of Drew Womack (lead vocals, acoustic guitar), Michael Britt (lead guitar, background vocals), Dean Sams (keyboards, acoustic guitar, background vocals), and Keech Rainwater (drums). Britt, Sams, and Rainwater co-founded the band in 1992 with original lead vocalist Richie McDonald and bass guitarist/vocalist John Rich. Rich exited the band in 1998 and went on to become one-half of the duo Big & Rich. Since his departure, Lonestar has relied alternatingly on session and touring musicians for bass guitar accompaniment. McDonald exited the band in 2007 to record as a solo artist, and was replaced by former McAlyster vocalist Cody Collins before returning in 2011. After leaving the band a second time in 2021, McDonald was replaced by Womack, previously the lead vocalist of Sons of the Desert.

Lonestar has charted more than 20 singles on the Hot Country Songs chart, including 9 that reached No. 1: "No News", "Come Cryin' to Me", "Amazed", "Smile", "What About Now", "Tell Her", "I'm Already There", "My Front Porch Looking In", and "Mr. Mom". "Amazed" also charted at No. 1 on the Billboard Hot 100, becoming the first country song to do so since "Islands in the Stream" in 1983. "Amazed" and "My Front Porch Looking In" were the top country songs of 1999 and 2003, respectively, on Billboard Year-End. The group has recorded seven albums, one EP, and a greatest hits package for the defunct BNA Records, and one album each for three different independent labels. Three of their albums have been certified platinum or higher by the Recording Industry Association of America (RIAA). The band's first two albums were defined by honky-tonk and neotraditionalist country influences, but subsequent albums largely drew from country pop. Along with his work with the band, McDonald has co-written singles for Clay Walker, The Wilkinsons, Billy Dean, and Sara Evans, in addition to singing guest vocals on Mindy McCready's 1996 single "Maybe He'll Notice Her Now".

The Not So Silent Night

Life as We Know It

Party Heard Around The World

You're The Reason Why

Let's Be Us Again