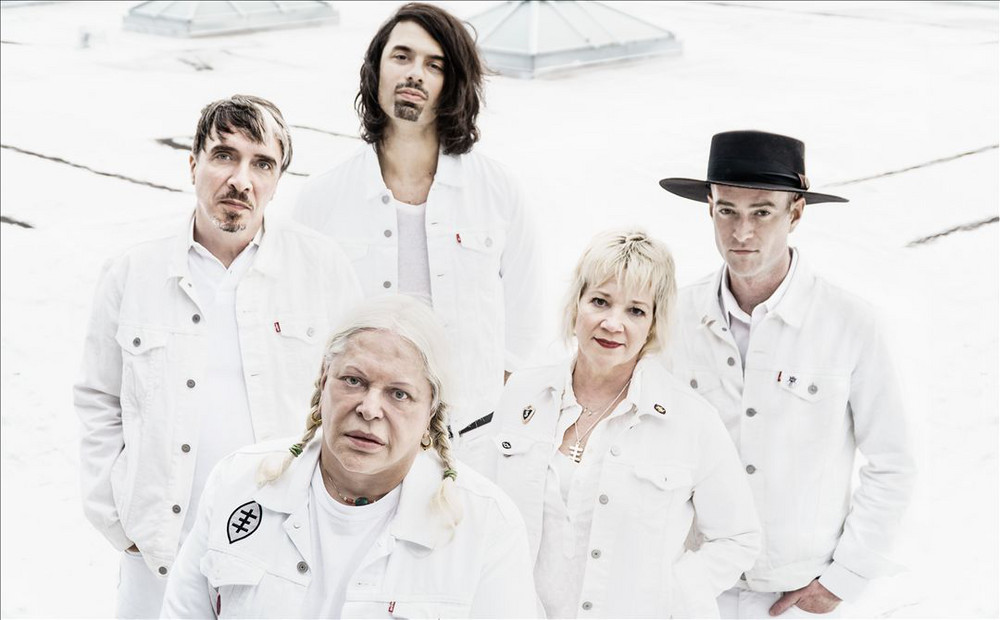 Psychic TV (also referred to as PTV, Psychick TV, as well as several other aliases) were an English experimental video art and music group, formed by performance artist Genesis P-Orridge and Scottish musician Alex Fergusson in 1981 after the break-up of Throbbing Gristle.

Contributors to Psychic TV have included artists such as Coil, Current 93, Monte Cazazza, Larry Thrasher, Hilmar Örn Hilmarsson, Soft Cell, Fred Giannelli, Hafler Trio, The Cult, Master Musicians of Jajouka, William Breeze, Derek Jarman, John Gosling, Timothy Leary, Rose McDowall, Andrew Weatherall, and Z'EV. Thee Temple ov Psychick Youth (a.k.a. T.O.P.Y.) formed as an organisation at the inception of the band, who conceived it as a magical order and the philosophical wing of Psychic TV. T.O.P.Y. also functions as a cult-like fan-club for the group.Psychic TV have released over one hundred full-length albums to date, and earned an entry in the Guinness Book of World Records for most records released in one year (1986). This occurred after the band attempted to release 23 live albums on the 23rd day of 23 consecutive months.Psychic TV was influential in pioneering the acid house genre, releasing several fake compilations in an effort to popularize the sound, such as Jack the Tab and Tekno Acid Beat. According to some, acid house was actually given its name by Genesis Breyer P-Orridge.After breaking up in 1999, they reformed as PTV3 with a completely new line-up in 2003, but disbanded in 2020 when their core member Genesis Breyer P-Orridge died.

Greyhounds of the Future vs. Alien Lightning Meat Machine Pt. 2

Those Who Do Not

Were You Ever Bullied At School..Do You Want Revenge (Disc 2)

Mr. Alien Brain vs. The Skinwalkers

Origin Of The Species - Volume 3

Origin Of The Species Volume Too! - Third Tablet Of Acid

Origin Of The Species Volume Too! - Fourth Tablet Of Acid

Origin Of The Species