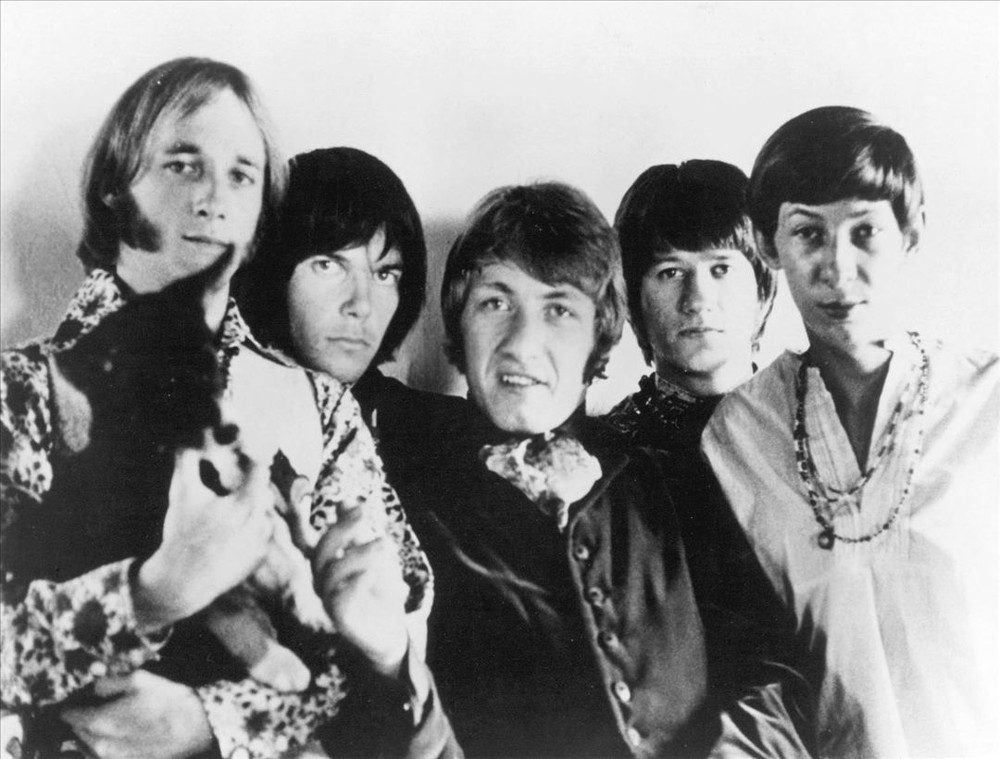 Buffalo Springfield was a Canadian-American rock band formed in Los Angeles, California by Canadian musicians Neil Young, Bruce Palmer and Dewey Martin and American musicians Stephen Stills and Richie Furay. The group, widely known for the song "For What It's Worth", released three albums and several singles from 1966–1968. Their music combined elements of folk music and country music with British Invasion and psychedelic rock influences. Like contemporary band the Byrds, they were key to the early development of folk rock. The band took their name from a steamroller parked outside their house.

Buffalo Springfield formed in Los Angeles in 1966 with Stills (guitar, keyboards, vocals), Martin (drums, vocals), Palmer (bass guitar), Furay (guitar, vocals) and Young (guitar, harmonica, piano, vocals). The band signed to Atlantic Records in 1966 and released their debut single "Nowadays Clancy Can't Even Sing", which became a hit in Los Angeles. The following January, they released the protest song "For What It's Worth", which became their only US top 10 hit and a counterculture anthem. Their second album, Buffalo Springfield Again, marked their progression to psychedelia and hard rock and featured other well-known songs such as "Bluebird" and "Mr. Soul".

After several drug-related arrests and line-up changes, the group disbanded in 1968. Their third and final album, Last Time Around, was compiled and released shortly after their dissolution. Stephen Stills went on to form the supergroup Crosby, Stills & Nash with David Crosby of the Byrds and Graham Nash of The Hollies. Neil Young launched his solo career and later joined Stills in Crosby, Stills, Nash & Young in 1969. Furay, along with Jim Messina, went on to form the country-rock band Poco. Buffalo Springfield was inducted into the Rock and Roll Hall of Fame in 1997, and briefly reunited for a comeback tour in 2011.

Flashback: The Muppets Turn ‘For What It’s Worth’ Into an Anti-Hunting Song

Billboard wanted to pay tribute to one of the all-time greats with our list of the best Neil Young songs (not counting his work in groups like Buffalo Springfield and CSNY).