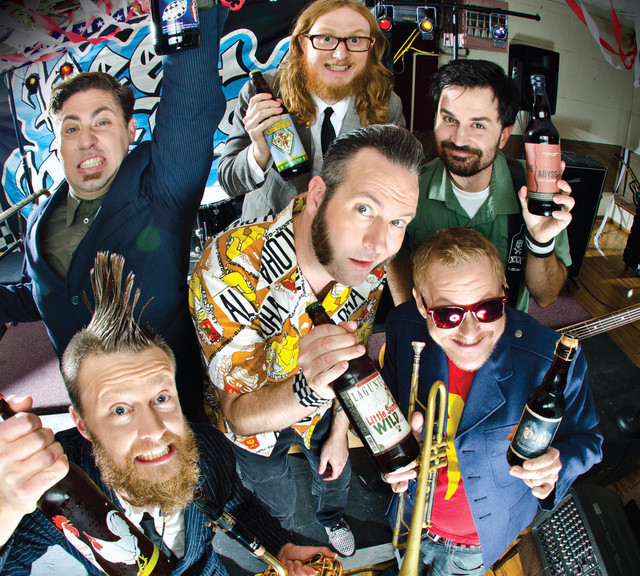 Reel Big Fish is an American ska punk band from Orange County, California. The band gained mainstream recognition in the mid-to-late 1990s, during the third wave of ska with the release of the gold certified album Turn the Radio Off. Soon after, the band lost mainstream recognition but gained an underground cult following. As of 2006, the band was no longer signed to a major record label and has since been independent. After numerous line-up changes, frontman Aaron Barrett is the last remaining founding member still performing in the band.

You Can't Have All of Me

Monkeys For Nothin' And The Chimps For Free

Why Do They Rock So Hard

Turn The Radio Off